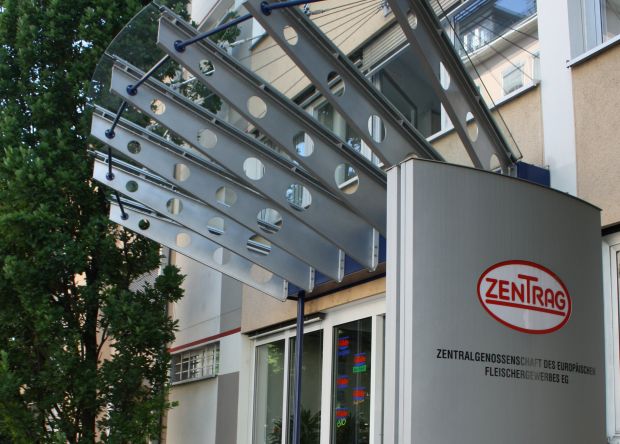 GERMANY, Munich The Zentrag Group has now its sights fixed even more firmly on Europe. The Frankfurt-based group has welcomed a new member into the fold in the form of the Associated Craft Butchers of Ireland (ACBI).


At the AGM in Munich, Supervisory Board Chairman Michael Boddenberg reported that the central cooperative of the European meat industry is in a healthy state. 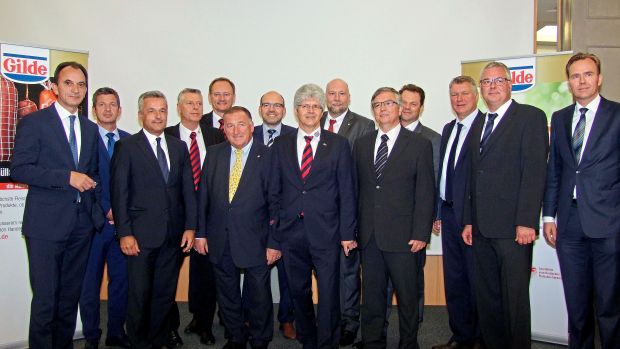 Jörg Schiffeler, jus
Zentrag-Spokesmann Anton Wahl (middle) with the members of the Supervisory Board.
The greatest challenge, according to Boddenberg (master butcher and CDU faction leader in the Hessian Landtag), is that the butchers are having to cope both with a shortage of skilled workers as well as company succession issues. After all, these are Zentrag's key customers.
The Management Board
Anton Wahl (spokesman) and Jochen Hähnel.
Board spokesman Anton Wahl would like to see stronger growth for the group, particularly by encouraging the 49 associated local cooperatives to source more supplies from Zentrag. The average sourcing rate is 32.2 per cent; the front-runner takes almost 80 percent. 93 per cent of Zentrag's revenue is accounted for by its members. Total sales climbed to EUR 276,1 million (see box).
2015 Balance Sheet
Total sales: EUR 276.1 million (+1.5%) +++ Own sales: EUR 108.8 million (+6.2%) +++ CS sales: EUR 167.2 million (-1.4%) +++ Meat: EUR 77.2 million (-2.1%) +++ Poultry: EUR 30.1 million (+8.8%) +++ Food: EUR 112.9 million (+2.2%) +++ Supplies: EUR 55.9 million (+1.5%)
Wahl is more cautious in his forecasts for the current year, as Zentrag is focussing on reducing its risks while targeting moderate growth. The equity ratio is healthy at 31.4 percent. "It is worthwhile being part of Zentrag," said Wahl, referring to the distributions that add up to 85 per cent of total earnings.
The Supervisory Board
Michael Boddenberg (Chairman), Wolfgang Hartl (Deputy Chairman), Marc Klaiber, Rudi Maulick, Wilfried Morawitzky, Jens Neubauer, Ansgar Nachtwey, Georg Schlagbauer, Volker Schmitt, Martin Schulte, Bernd Schwarze, Rolf Strobel, Heinz-Werner Süss.
The board spokesman said that the main growth drivers are increased provision of supplies, participation in companies such as the recent takeover of the poultry specialists von der Assen, partnerships and mergers, the expansion of international business in France and Ireland and the attraction of new customers.