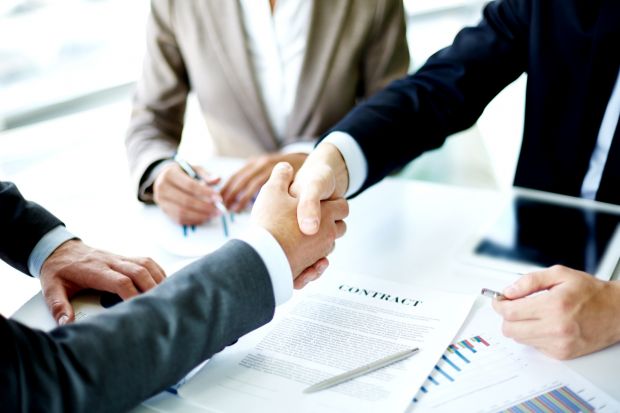 DANMARK, Kolding. During the fall of 2016 and beginning of 2017, the Danish private equity company Axcel acquired five companies – all regarded as leaders within their respective fields: Attec, Itec, Carometec, SFK Leblanc and Frontmatec. As from 31 January 2017, the Group and the various entities will conduct their business under the name Frontmatec.


The goal is to create a leading global supplier of equipment, solutions and software for international food companies. The integration of the companies is well under way the companies are united under the name Frontmatec, under the leadership of a newly appointed Executive Team.

The new team of Executive Directors to head the Frontmatec Group is: Henrik Andersen as CEO, Lars Hansen as COO and Henrik Alifas Nielsen as CFO.

Henrik Andersen has been heading the European organization of the combined Frontmatec Group for the past three. Prior to this, he has been CEO of Carometec, a company with an enviable development, and considered as a true innovator in its field. He has extensive experience in the food industry and is highly respected for his commitment. He also has a strong commercial and technical background.

Starting in June 2017, Lars Hansen will join the team as Chief Operating Officer. He is currently VP Supply Chain/Operations at Assa Abloy Entrance Systems and is highly experienced in a global manufacturing footprint.

Henrik Alifas Nielsen, currently CFO at SFK Leblanc, will continue as CFO for the new Group.

The implementation of the Frontmatec name as the new corporate brand starts as of 31 January 2017. The transition from current brands to Frontmatec will happen gradually during 2017, with no immediate changes affecting existing business relationships. Though changing the company names to one united corporate brand, Itec will remain as a category brand under Frontmatec for hygiene equipment and solutions.