by Editor fleischwirtschaft.com
Wednesday, May 03, 2017 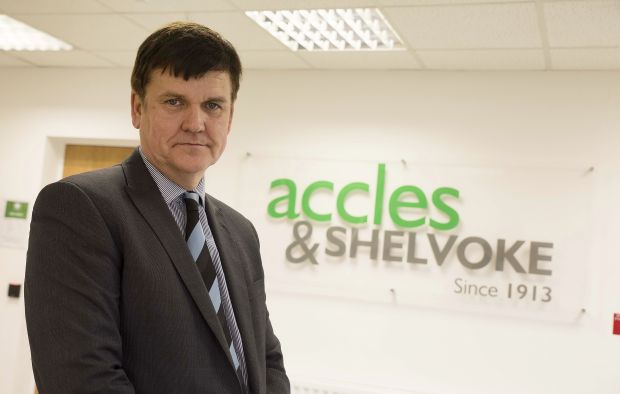 fleischwirtschaft.com — Denmark, Kolding. Frontmatec, a leading global supplier of customized equipment, solutions and software for the red meat industry has entered into an agreement to acquire one of the world leading manufactures of captive bolt stunning tools, Accles & Shelvoke Ltd.
Facebook
Twitter

Accles & Shelvoke has been manufacturing in Birmingham, UK, for over 100 years and has recently experienced increased demand from its global customer base for its high-quality cartridge powered tools. Frontmatec’s ownership of Accles & Shelvoke will support the business’ growth and development of new products and new markets which will help the company increase its penetration of the global marketplace.

Joe Holland, who was appointed as the General Manager of Accles & Shelvoke just over a year ago, will take full control of the captive bolt equipment manufacturing company, reporting directly to the Frontmatec management board.

Accles & Shelvoke was formerly part of the Minworth-based Eley Group, which makes 22LR ammunition used in target shooting by competitors including Olympic standard athletes. The business supplies the cartridges to Accles & Shelvoke for their captive bolt equipment.

New owner Frontmatec is a leading global supplier of advanced slaughter lines and other production equipment to major producers such as Tönnies, Group Bigard, WH Foods, Tyson Foods, Miratorg and Danish Crown, and has operations in Denmark, the Netherlands, Canada, the US and China. With the purchase of Accles & Shelvoke, Frontmatec aims to expand on its offering of slaughterhouse equipment.