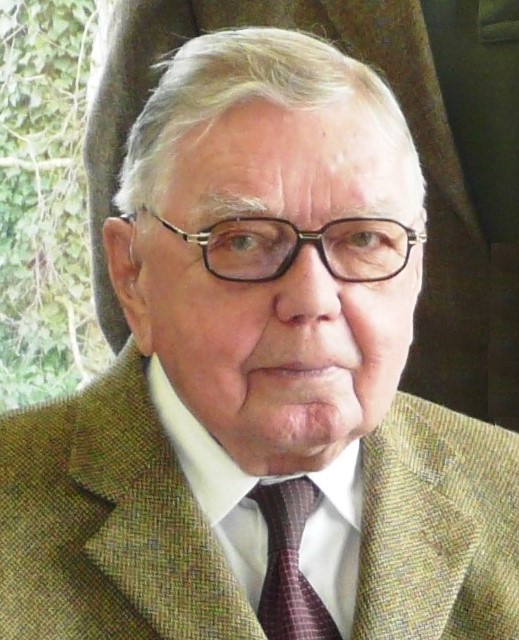 AUSTRIA, Traun. Family owned company Laska will soon celebrate its 140th year in business. Friedrich Laska has both experienced and helped to shape more than two-thirds of that history. His work has had a huge impact on Laska’s present success.


Friedrich Laska was born in Linz, Austria, on 22 April 1918, as the grandson of Johann Laska, who had started out in 1880 as a small vendor of intestines and skins to create sausages in the Austrian village of Obernberg am Inn. This laid the foundations for a successful business enterprise.

“Fritz” grew up, graduated from Linz Higher Technical Education Institute (an engineering-focused secondary school) in 1936, before completing his engineering degree in Mittweida, Saxony, Germany. Meanwhile, his father Maximilian Laska continued the family company’s success, setting up a shop on Holzstrasse in Linz and expanding the line of products to include butcher’s supplies.

In 1940, Friedrich Laska was called up for military service. He was stationed on the Baltic Sea as a flight engineer. Two years later, he married Ilse Sporn, the daughter of a businessman in the textile trade on Linz’s Taubenmarkt. In 1943, the couple’s first child entered the world. Back in Austria, the young father was posted to Zeltweg as an aeroplane hangar foreman.

In 1945, after the end of the Second World War, Friedrich Laska returned home and helped to rebuild the company (Johann Laska und Söhne) at the slaughterhouse in Linz. Laskahof Farm in nearby Kleinmünchen and the Krauss-Halle, a former locomotive factory not far from busy Bulgariplatz, were requisitioned at the start of the war without future compensation.

In 1946, the family started to create the first meat processing machines made of armour plating and aircraft scrap. Two years later, Friedrich Laska founded the Laska machine works. His sisters continued to run the Laska retail operation on their own. The machine factory evolved with outstanding success. By just 1950, the first machines were being exported to neighbouring countries and the company was taking part in international trade fairs. In 1962, the production facilities and offices were rebuilt to the east of the Linz Tobacco Factory. Sons Wilfried and Herbert Laska made their start at the company. In 1972, Laska machine works relocated to a newly built factory in Traun.

Today, in the fifth generation under Maximilian Laska, 97% of Laska machines and automated production lines are exported to more than 140 countries spanning every continent. These are used to produce top-quality meat and cold cuts, as well as fish, cheese, pasta, confectionery, fruit and vegetable products. Friedrich Laska is a founding member of the Federation of Austrian Industries (Upper Austria). Having reached over 60 active years of service, he is a role model for staff, family and people around him in terms of character and professionalism.