Indian buffalo meat shall be exported to Russia 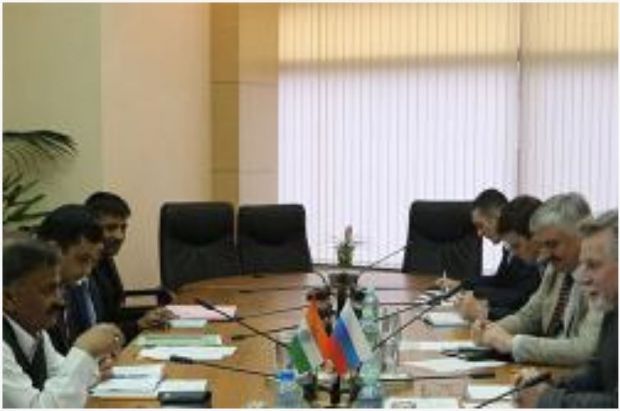 RUSSIA, Moscow. The Russian delegation, headed by Vasiliy Lavrovsky, Head of the Directorate for Veterinary Inspections in the Framework of the International Cooperation came together with the WTO and the Indian party, headed by Guruprasad Mohapatra, Director General of the Department of Commerce under the Ministry of Commerce, to talk about the development of the Agreement on Free Trade between India and the Eurasian Economic Union.


Guruprasad Mohapatra reminded that according to the agreements achieved by the Heads of Russia and India the bilateral goods turnover shall increase from 10 billion $ up to 30 billion $ by 2025. The parties also noted the importance of Indian buffalo meat export to Russia and preparation of bilateral document on safety assurance of exported dairy products.

However, the Indian party noted the difficulty of being complaint with the Russian requirement that raw milk used for the dairy production shall originate from the herds which are comprised of at least 1,000 cattle. Currently there only two herds of such size in India and that restricts the possibilities of dairy production for the Russian market. Vasiliy Lavrovsky explained that this requirement was introduced into the draft agreement due to the fact that Indian territory is infected with such dangerous diseases like FMD, brucellosis and tuberculosis and it is much easier to control animal health on big farms than on small ones.  The key elements of such a system shall be individual tagging of animals, traceability of their movements and monitoring of their health and milk safety. The parties agreed that it was reasonable to hold consultations devoted to the said issue on expert level in September, current year.

The parties also noted the importance of agricultural product export from Russia to India. In particular the Russian party reminded of the request by the Rosselkhoznadzor concerning the requirements to import of poultry, pork and bovine hides to the Indian market.