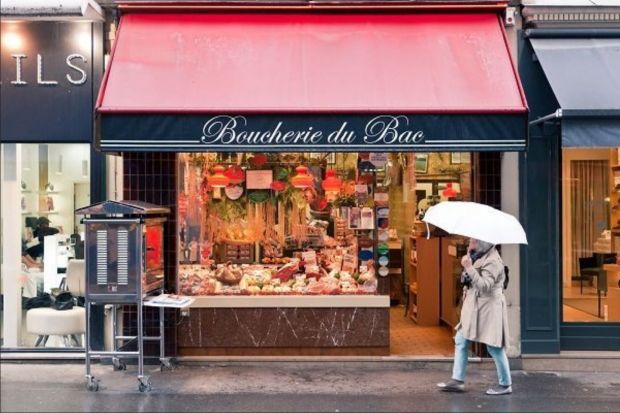 FRANCE, Paris. Butchers across France have written to the French Government calling for a police presence after allegedly accusing vegans over a string of vandalism incidents at their shops.


The French Federation of Butchers (Confederation Francaise de la Boucherie – CFBCT) revealed in a letter to the government that several shops in France have been stoned and vandalised by anti-meat graffiti. Federation chief Jean-Francois Guihard has called for police protection from the government and described the attacks in a letter to government minister Gerard Collomb as a form of "terrorism".

"The attacks suffered by butchers/charcuteries and the whole industry is a form of terrorism, pure and simple. Because it is terror that a few individuals and organisations are sowing, with only one purpose: to make disappear an entire part of the French culture, which owes so much to the knowledge of its butchers/charcutiers, growers, fishmongers, cheesemongers...," said Guihard.

He added: "For several months, the 18,000 artisan butchers/charcutiers in our country have been concerned about the excessive media coverage over vegan lifestyles. While respecting the food choices of our compatriots, we are nonetheless deeply shocked that part of the population wants to impose its way of life, not to mention its ideology on the vast majority [of the populace]."

The letter added that this was not the first case of an attack on butchers over the past few months, with a number of shops being sprayed with fake blood, in response to incitement from one unnamed organisation.