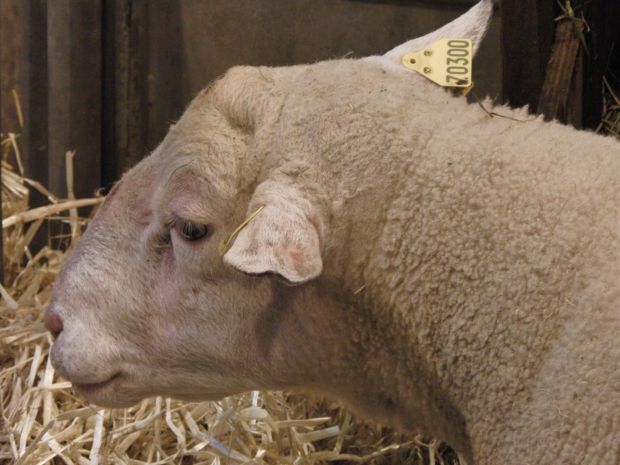 FRANCE, Paris. A genetically modified sheep carrying a jellyfish protein entered the French food system last year following what appears to have been a deliberate abattoir mix-up by a disgruntled employee.


INRA, France's publicly-funded research institute, has been ordered to submit a report to the Ministry of Agriculture explaining how one of its sheep bred for scientific research ended up on a plate. An internal inquiry conducted by INRA found that an employee may have deliberately sold the GM sheep to a conventional abattoir which processes meat for human consumption.

Agricultural minister Stéphane le Foll confirmed on French public radio that it appeared to be a deliberate act of malice.

The sheep in question was Rubis the lamb, born to a genetically modified ewe who had had a jellyfish protein (Aequorea victoria) inserted into its genome. INRA scientists were conducting research into human cardiology as part of the programme named “Mouton Vert” or “Green Sheep”. The protein – known as Green Fluorescent Protein (GFP) – was used to turn the sheep’s cells green. Rubis was carrying the protein but did not express it – meaning, unlike its mother, Rubis' skin was not fluorescent green.

While the animals used in INRA's experiments are normally put down and then incinerated, the GM lamb was sent to an abattoir with normal sheep destined for human consumption on 5 August 2014. In October Rubis was sold for food, although it is not known to whom.

INRA raises its own livestock for experiments. The animals that are unsuitable for use in experiments and therefore untouched – male sheep that are not needed for an experiment requiring only females for instance – are sold to conventional slaughterhouses for food. The money earned through the sale is then channelled back to help finance the research.

The sale of the GM lamb was concealed by the employee responsible until 5 November 2014, upon which INRA immediately launched an internal administrative inquiry.

INRA claims that following the inquiry it took the necessary measures – suspending the sale of all livestock, suspending the member of staff who concealed the sale and destroying all the GM materials -and has insisted that it acted transparently.

But French Environment Code prohibits the sale of any product consisting of genetically modified organisms or containing such organisms, and so the case has been transferred to the Public Prosecutor’s office with a maximum possible charge of one year in prison and a €75,000 fine.