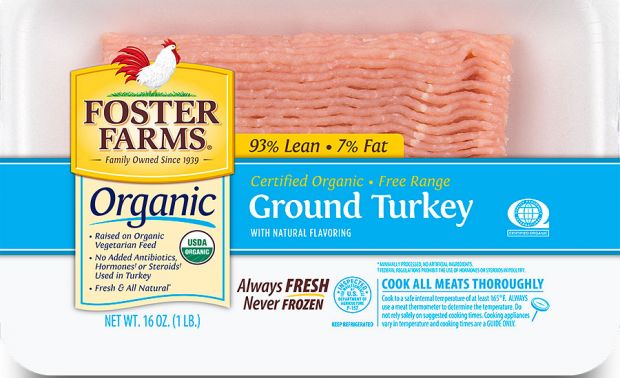 USA, Livingston, Calif. Officials with Foster Farms announced the expansion of its organic line of ground turkey to Target Corp. stores located on the West Coast.


After rolling out the Foster Farms Organic Ground Turkey retail products in 2015, demand for it grew steadily, according to the company. Now Foster Farms announced the organic line was available at more than 225 locations in the Western United States.

The turkey, which comes in 1 lb. packages, is 93% lean and is made from birds raised on an antibiotic-free, vegetarian diet. The organic turkey line is an addition to Foster Farms’ fresh organic chicken line and its antibiotic-free turkey deli meat currently available at Target stores.

The suggested retail price for the organic ground turkey is between $6.49 and $6.99.