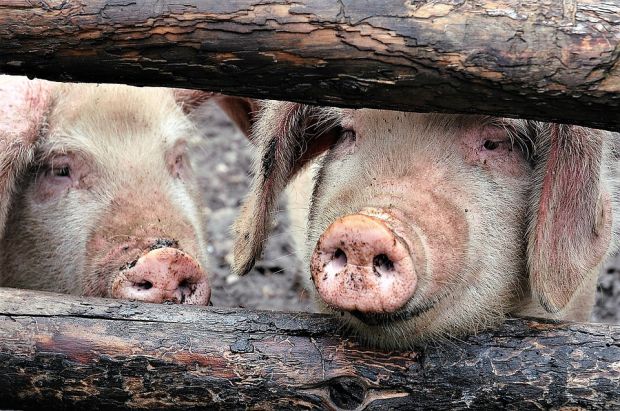 Up to 200 mill. pigs could be culled or die from being infected as African swine fever spreads through China.

CHINA, Beijing. Up to 200 mill. pigs could be culled or die from being infected as African swine fever spreads through China, Rabobank said, by far the highest such forecast yet and underscoring the gravity of the epidemic in the world’s top pork producer.


Such a number would mark a huge chunk of the nation’s pig herd, which Rabobank says stood at 360 mill. animals late last year, and comes as many in the industry say the spread of swine fever there is much worse than authorities have reported.  The drop would drag down China’s pork output by 30% in 2019 from last year, Rabobank said in a statement, boosting demand for meat imports and sapping appetite for animal feed made from commodities like soybeans.

“It’s unprecedented, and there are many dimensions of the situation that are still not fully understood,” Justin Sherrard, Rabobank’s global strategist for animal protein, told Reuters. A total of between 150 mill. and 200 mill. pigs will die from being infected with African swine fever or culled in the wake of outbreaks, agricultural industry analysts at the bank said.

China, which produces about half the world’s pork, said it had culled 1.01 mill. pigs to control the disease. It has reported 124 outbreaks since August last year, with the virus having reached every province apart from the southern island of Hainan and continuing to spread. The agriculture ministry, which did not respond to a fax requesting comment, has repeatedly said the situation is under control. China’s pork production is seen at around 38 mill. t in 2019 versus 54 mill. t last year, Sherrard told Reuters, citing the company’s latest forecast.

That would be the lowest level in at least 20 years, according to National Bureau of Statistics data, with repercussions across the global market for all animal proteins. The decline would be nearly 30% larger than annual output in the United States and equivalent to Europe’s yearly pork supply, Rabobank said. The United States Department of Agriculture has forecast a smaller decline in China’s pork output this year, of around 10%.

Pig prices have soared since March, with rising pork prices driving consumer inflation last month to its highest since October 2018, data showed. The drop in production will mean China will have to increase pork imports by 1.5 mill. t to around 4 mill. t, sucking in all available supplies from the global market, said analyst Sherrard. China’s purchases of US pork are already increasing, and hit the highest in at least six years last week, US data showed.

Domestic production and imports of other animal proteins like poultry, beef, mutton and seafood will also increase to partially close the gap, Sherrard said. He added that the disease was also spreading quickly in Southeast Asia, with Cambodia reporting its first case last week after the rapid spread through Vietnam. An anticipated 10% decline in production in Vietnam would put further pressure on a global market already struggling to meet demand from its bigger neighbor, Sherrard said.