by Editor fleischwirtschaft.com
Sunday, May 05, 2019 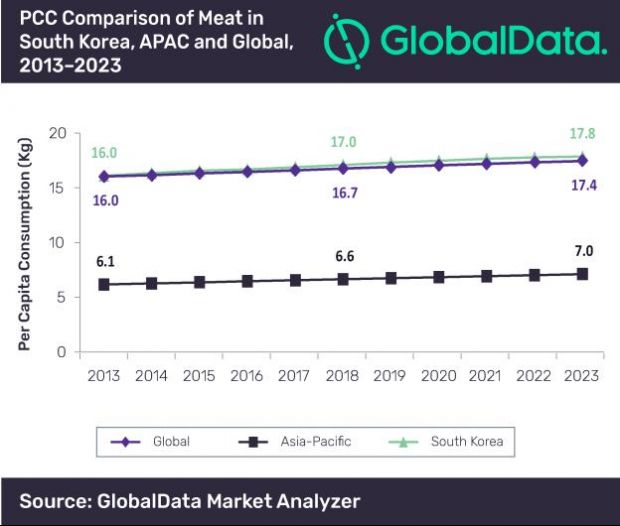 The per capita consumption (PCC) of meat in South Korea, which was higher than both APAC and global levels at 17kg in 2018, is forecast to increase to 17.8kg by 2023.

UNITED KINGDOM, London. An educated workforce with considerable disposable income is contributing to the growth of the meat sector in South Korea, which is expected to grow at a compound annual growth rate (CAGR) of 1.8% from $13.8bn. in 2018 $15.3bn. in 2023, says GlobalData, a leading data and analytics company.


However, the report reveals that South Korea’s value share in the APAC region, which stood at 4.8% in 2018, is expected to decline to 4.4% by 2023, mainly due to the projected faster growth of meat products among other leading countries in the region, such as Hong Kong and China.

Harim Corporation and Cj Group were the leading players in the South Korean meat sector while Harim, and Cj were the top brands in 2018. A well-developed distribution network of hypermarkets and supermarkets, and consumers’ positive perception have contributed towards the modest consumption of private label products, which accounted for an overall penetration level of 19.9% in 2018, according to GlobalData.