Food waste: Feeding swill is supposed to save...
Food waste

Feeding swill is supposed to save land use 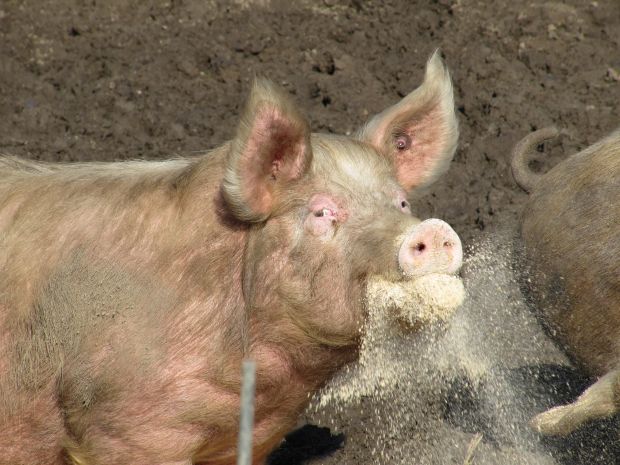 ENGLAND, Cambridge. A new study shows that if the European Union lifted the pigswill ban imposed following 2001's foot-and-mouth disease epidemic, and harnessed technologies developed in East Asian countries for 'heat-treating' our food waste to safely turn it into pig feed, around 1.8 million hectares of land could be saved from being stripped for grain and soybean-based pig feed production - including over quarter of a million hectares of Brazilian forest and savannah.

While swill-feeding was banned across the EU in 2002 following the foot-and-mouth outbreak, triggered by a UK farmer illegally feeding uncooked food waste to pigs, other countries, such as Japan, responded by creating a highly regulated system for safely recycling heat-treated food waste as animal feed.

Researchers confirm that East Asian countries have demonstrated that food waste can be safely recycled. The models in the latest study show that pigswill reintroduction would not only decrease the amount of land the EU pork industry requires by 21.5%, but also cut in half the ever-increasing feed costs faced by European pig farmers.


Researchers describe swill as a feed which is commonly used in other parts of the world, one that could save a huge amount of global resources, and provide an environmentally sound recycling solution to the estimated 102.5 million tonnes of food wasted in the EU each year. Over 35% of food waste is now recycled into animal feed in Japan, where swill-fed 'Eco-pork' is marketed as a premium product.


Data about the current land use of EU pork is examined, the availability of food waste in the EU, and the quality and quantity of pork produced in feed trials that compared pigswill to grain-based diets, to produce a model of how much land could be saved if the pigswill ban was lifted. As swill is much cheaper than grain and soybean-based pig feed, reintroducing swill feeding could reduce costs faced by EU pig farmers by 50%, say the researchers.
Source: Food Policy, Elsevier