Questions in meat’s relationship with cancer

From Editor fleischwirtschaft.com
Friday, May 13, 2016 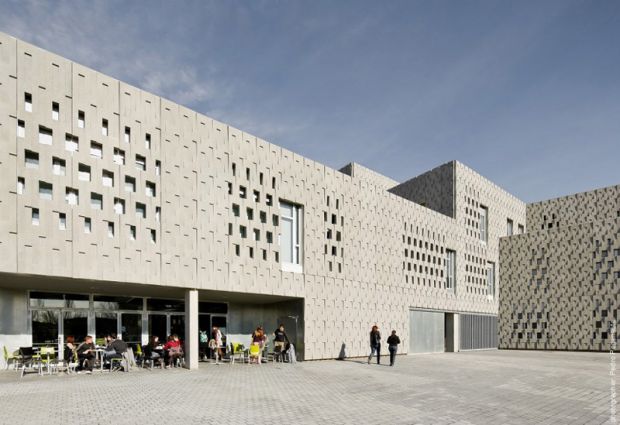 The Rovira i Virgili University (URV) is located in Tarragona, Spain.

SPAIN, Tarragona. In light of the International Agency for Research on Cancer’s (IARC) report last October identifying a correlation between meat consumption and cancer, a new report questions the health impacts of environmental contaminants in meat.


Co-authors of the paper “Carcinogenicity of consumption of red and processed meat: What about environmental contaminants?” José L Domingo and Martí Nadal from Rovira i Virgili University (URV) in Tarragona, Spain, highlighted that the IARC paper did not address the potential threat of carcinogenic environmental pollutants already present in raw or unprocessed meat.

N-nitroso-compounds (NOCs), polycyclic aromatic hydrocarbons (PAHs) and heterocyclic aromatic amines (HAAs) are acknowledged as well known carcinogenic chemicals present in meat processing, such as curing and smoking. The paper claimed that processing and cooking meats may produce these known or suspected carcinogens.

Other substances, which are potentially carcinogenic substances in meat and meat products are well-known environmental pollutants that include some heavy metals, polychlorinated dibenzo-p-dioxins and dibenzofurans (PCDD/Fs).

The URV paper recognised that the health risk posed in meat products are mainly related to micro-pollutants and/or process-induced toxicants. It is highlighted that many of these potential toxicants are fat soluble. As a result, any fatty food often contains higher levels of micro-pollutants than vegetable matter.

In an effort to explore how cooking techniques can alter the pollutants, the scientists’ cooked different cuts and kinds of meat in different ways. The research concluded that although cooking processes could modify the levels of chemical contaminants in food, the influence of cooking on the pollutant concentrations depends not only on the particular cooking process, but even more on their original contents in each specific food item.

Although cooking processes only slightly influenced the content of toxic metals in food, concentrations of environmental pollutants depend not only on particular cooking methods, but even more so on the contents of contaminants in specific foods before they are cooked. As most of the environmental pollutants were organic, it was noted that cooking procedures releasing or removing fat from meat tend to reduce the total concentrations of these contaminants in meat.