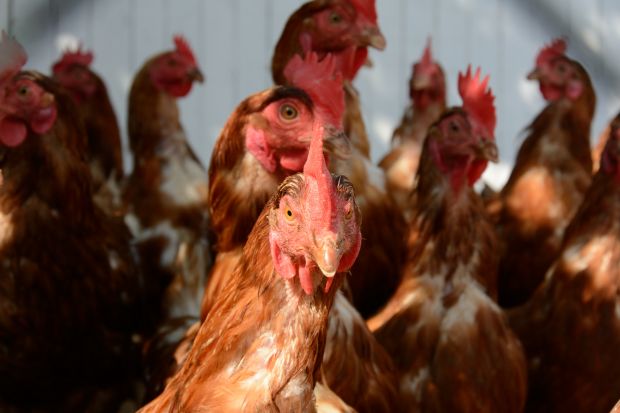 ITALY, Rome. Low-pathogenic H5 avian influenza has been confirmed at live-poultry markets in New York, New Jersey and Pennsylvania, the Center for Infectious Disease Research and Policy (CIDRAP) at the Univ. of Minnesota reported.


The disease events in Kings County, New York, and Pennsylvania were reported 1 July, according to EMPRES, the global animal disease information system operated by the Food and Agriculture Organization of the United Nations. Kings County encompasses the New York borough of Brooklyn. Additionally, Japan Agricultural Communications (JAcom) reported that Japan has stopped imports of poultry meat within a 10 km radius of the affected site.

Joelle Hayden, a public affairs specialist with the Animal and Plant Health Inspection Service (APHIS) of the US Dept. of Agriculture, said animal health officials are conducting trace-back investigations and testing at markets that have epidemiological links to the affected birds. The types of birds involved were not specified in the FAO notices.

Authorities responsible for food safety in Hong Kong announced an immediate ban on imports of poultry meat, eggs and other poultry products sourced from Ontario, Canada.

The Centre for Food Safety (CFR) said in a news release authorities in Canada were notified of the ban and that the agency intends to monitor the situation in Ontario. CFR reported that Hong Kong imported about 5,700 t of frozen poultry meat and approximately 325,000 poultry eggs from Canada so far this year.

The ban comes after the Canadian Food Inspection Agency (CFIA) confirmed the presence of low-pathogenic H5 avian influenza at a duck farm near St. Catharines, Ontario. CFIA placed the farm under quarantine to contain the disease and established an avian influenza control zone that covers a 3 km radius from the affected farm.