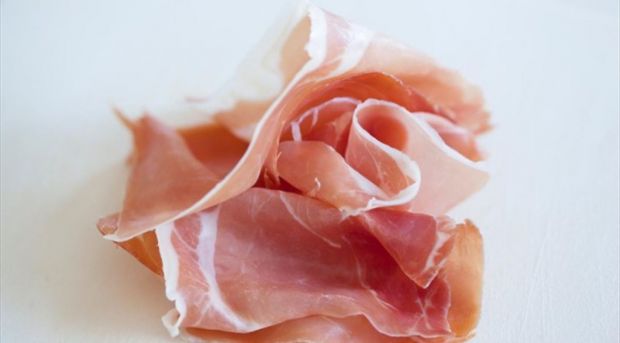 The model considers the values for salt and nitrite concentrations in cured meats too.

DENMARK, Taastrup. DMRI Predict contains a range of valid models for predicting the growth of selected pathogens in meat and meat products.

It is an essential tool in the quality manager’s toolbox, and the latest addition is the Yersinia model:”Growth or reduction of Yersinia enterocolitica during curing of meat”.

can be found in healthy pigs and can potentially spread to the fresh meat during the slaughter and cutting process. It can grow at temperatures as low as 1°C and in salt concentrations up to 5–7%. There is therefore a risk that it can grow during the curing process in the production of cured meat. Existing predictive models, such as Combase Predictor, lack the necessary parameters to ensure that the predictions for Y. enterocolitica can be related to cured pork.

Based on the risk of growth in cured meat, DMRI initiated a three-year project in 2017 aimed at generating data for documenting how the growth of Y. enterocolitica can be minimised during the production of cured meat and during storage of cured finished products. Based on the data generated in a large number of growth trials, the objective was to develop a mathematical model in which the calculations for the growth of Yersinia can be adapted to specific products with respect to temperature, pH and salt content. The aim was therefore to create a model that can serve as a tool, which the quality manager can rely on when conducting risk assessments.

In order to develop a model, it is necessary to generate large quantities of data that cover the range of factors included in the model. The model’s factors were selected in collaboration with Danish processing companies:
•Salt concentration of added brine (0.9-6.1% salt added to the meat)
•pH of the meat (5.5–6.4)
•Storage time (1–7 days)
•Storage temperature (2–12°C)
•Amount of nitrite added (0–200 ppm)

All of the trials were conducted in a small-scale set-up in the laboratory, where the meat was inoculated, cured and tumbled and subsequently stored at different temperatures. The meat was inoculated with a cocktail of six Yersinia strains with varying properties, including response to salt, nitrite and pH. It was decided to use a cocktail of strains to ensure the industrial applicability of the model. During the storage trial, samples were regularly selected for microbiological and chemical analyses, so the relationship between growth/no growth and a given factor (e.g. salt concentration) could be closely monitored.

With respect to the model’s robustness and applicability in an industrial setting, the model was validated in a pilot scale set-up using industrial equipment. The validation was performed using pork loin and belly in order to simulate the curing process in the production of smoked pork fillet and bacon, respectively. Combinations of the factors used in the validation trials were selected based on the limits for growth/no growth seen in the laboratory trials.

To use the model, the values for salt and nitrite concentrations in the meat after swelling, the pH of the fresh meat and the temperature during the curing process are needed. With respect to the temperature during curing, it is possible to use a dynamic storage temperature or a constant storage temperature. Since the water activity, which is important for bacterial growth, is not always known, the fat or water percentage of the meat is entered into the model, and the water activity value will subsequently be calculated.

The model’s output is a graph, which shows the prediction of growth of Y. enterocolitica under the selected conditions over a period of seven days. Furthermore, the model’s prediction of the maximum growth rates of Y. enterocolitica is shown as a function of one of the following parameters: salt, nitrite, pH and temperature. This function makes it possible either to assess how close your proces is to the limit for growth/no growth under the selected conditions, or to assess how much a given parameter needs to be changed in order to avoid growth.

The model has been validated in a pilot scale set-up using data from the curing and tumbling of pork loin and belly. Data generated during the validation trials were used to verify and adapt the final model to ensure that the predictions are valid and robust. Since the model is intended for industrial use, it was decided to provide a slight overprediction in the limits between growth and no growth, and the model is therefore considered to be fail-safe.