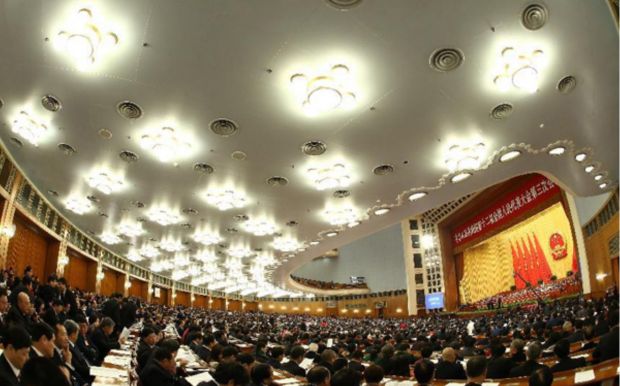 THE PEOPLE'S REPUBLIC OF CHINA, Beijing. The standing committee of China’s National People’s Congress, the country’s top legislature, has voted to adopt an amendment to the food safety law that proscribes the heaviest penalties yet to offenders.


With 154 articles – an increase of 50 over the original law, which had not been changed since it took effect in 2009 – the revamped food safety law outlines harsher punishment for violations, and adds new articles and provisions to tighten regulations on baby formula and online shopping.

Touted as the “toughest food safety law” in China’s history, the new law will go into effect on 1 October . It was adopted after three readings by lawmakers, which is common in China for a law or amendment before being passed.

It introduces up to 15 days’ administrative detention, which is normally imposed by the police without court proceedings, for those who are charged with adding inedible substances to food. This is in marked contrast to the wide number of fines and withholding of licences that have traditionally be used as punishments.

Buyers also get better protection and are now able to demand reparation of three times any loss they suffer from substandard food, giving consumers higher compensation.

Bigger fines of up to 30 times the value of a product will be introduced – a three-fold increase over the current law. If the products in question are worth less than RMB10,000 ($1,600), transgressors can now be up to RMB150,000 ($24,200) – three times the previous amount. Those who turn a blind eye to illegal activities on their premises, and suppliers who knowingly sell unlawful substances to producers, knowing that they will be added to foods, should anticipate seeing their revenue seized, while they can also be fined up to RMB200,000 ($32,300).

Administrative penalties, such as demotion and dismissal, will be imposed on food, agriculture and health officials who fail in their duty to protect the public.

And finally, an amendment that adds new articles on online shopping has been announced as internet retail takes off in China, where food producers have been expanding their businesses to instant messaging services like WeChat.

China's total online retail sales were RMB1.85tn. ($300bn.) in 2013, with food accounting RMB32.4bn. ($5bn.), and problems concerning food safety have emerged. To keep up, the amendment adds new articles to clarify the liabilities of shopping platforms. Platforms will be made to compensate consumers if they cannot provide the identity, address and contact details of retailers.