Anthrax-contaminated meat was sold in Bulgaria 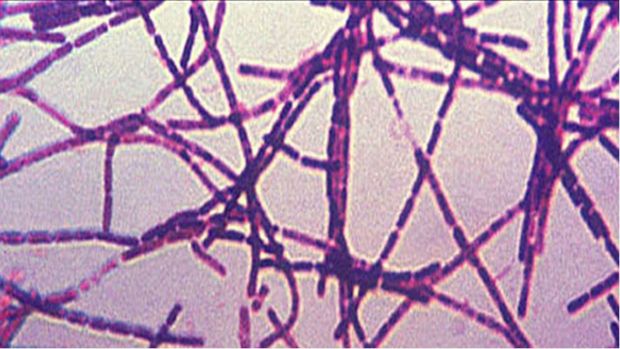 BULGARIA, Varna. Anthrax-contaminated meat has found its way into stores in Varna and Dobrich (Northeast Bulgaria), said Varna Deputy Regional Governor Tsvetomir Petrov after a meeting of the crisis task force. According to him, the samples taken from the equipment and counter tops at a meat processing shop in Varna have tested positive for anthrax.


A man died in a Varna hospital a few days ago from an anthrax infection. He was infected while processing the meat of an infected cow or eating it undercooked. According to the Health Inspectorate, the cow was slaughtered on 7 July in the village of Mlada Gvardiya, after it got sick. An anthrax focus was reported in the village. A subsequent investigation found that infected meat and parts from the animal's carcass had been sold, resold and processed in a few locations.

It was believed until now that acquaintances of the dead man from the village of Mlada Gvardiya had taken the meat to the butcher shop in order to make sausages for personal consumption. The shop's owner, however, firmly denied having processed such meat.

According to Petrov, the surfaces in the meat processing shop were in contact with other meats as well, which were processed after the anthrax-contaminated meat, and this has lead to secondary contamination.

All measures have been taken for finding and isolating the meat products that could have possibly been contaminated by anthrax in the region of Dobrich, the northeastern city's Regional Governor Dr. Margarita Novoselska said. The shipments have been pinpointed, as well as the people who had traded them. Their stores have been shut, she said. The results from the samples taken are still to come out, Novoselska added.

The Dobrich Regional Governor explained that the people who have consumed the products in question over the previous few days have also been established. They have been tested and not a single one has shown anthrax symptoms. According to her, this is grounds to believe that the risk of contamination is very small.

Food Safety Agency employees are currently recalling unspecified quantities of meat from stores. As of late Wednesday it was still not known exactly how many stores have been supplied with meat from the contaminated butcher shop. What is known is that these stores are in Varna, Dobrich and the town of Byala and that the meat has been ground and put into meatballs, sausages and other ground meat products.

The meat processing plant's owner is currently being questioned by the police.

The European Centre for Disease Prevention and Control (ECDC) said it does not consider there to be any remaining risk for the EU with regards to this case.