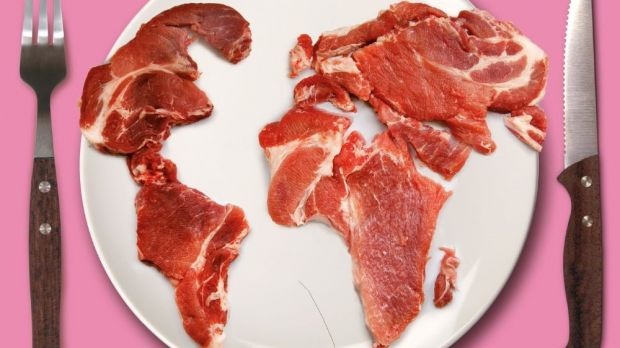 The authors of the study call for the consumption of animal products to be reduced by up to 50% by 2050.

GERMANY, Berlin. The hunger for meat is growing worldwide. This is shown by the current meat atlas (“Fleischatlas 2021”) of the German Heinrich Böll Foundation. There are calls for EU borders to be protected against cheap imports.


With 8.6 mill. t of meat per year, Germany is the largest meat producer within the European Union, hold the authors of the Meat Atlas 2021, which the Heinrich Böll Foundation (The Greens) presented together with the German Federation for the Environment and Nature Conservation (Bund) for the fifth time. "The government acts as if we are pioneers in the fight against the ecological crises of this world. But we are definitely not," criticized Barbara Unmüßig, director of the Heinrich Böll Foundation, in Berlin.

If no global countermeasures are taken, 360 mill. t of meat per year will be produced worldwide in 2029. Meat consumption has the greatest negative impact on climate change and biodiversity. Currently, soy feed is grown on an area of 125 mill. ha. "This corresponds to an area three times the size of Germany," Unmüßig further warned.

"Although it is urgent from a scientific point of view to change course, politicians worldwide are not acting," Unmüßig said. "The five largest corporations in the dairy and meat sectors emit as many climate-damaging gases as Exxon, the world's largest oil multinational." With the difference that the oil company has a climate strategy, while this is lacking in the meat industry.

"We need fewer animals in barns, a legally binding animal welfare label, fair producer prices, more money for animal welfare and a supply chain law that stops illegal soy production and imports into Europe, as well as an end to cheap campaigns for meat products," demanded Olaf Bandt, chairman of the Bund.

While the Borchert Commission's concept for restructuring livestock farming is a "good plan," he said, it can only be implemented if EU borders are simultaneously protected from food imports with lower standards. "Europe must become a location for sustainable food production," Bandt continued. "For this goal, we environmentalists want to form an alliance with farmers." Cooperation within the Future Commission on Agriculture is suitable for this, he said. However, Bandt left open which trade agreements would have to be renegotiated for such a goal and to what extent the World Trade Organization would have to be involved. After an initial legal assessment, however, he said he was optimistic that this goal could be pursued.

Compared with the German population as a whole, twice as many 15- to 29-year-olds eat a vegetarian or vegan diet, the authors of the current meat atlas note. For many young adults, giving up meat is a political statement. This is shown by a survey commissioned by the Georg-August University of Göttingen. Exclusively for the Meat Atlas, 1,227 young Germans aged 15 to 29 were therefore interviewed on this topic in October 2020. The online survey is representative in terms of gender, region and education. The goal of reducing the consumption of animal products by up to 50 percent by 2050 is crucial for sustainable nutrition, the authors say. On the way to achieving this goal, it is particularly important to look at the diet of the younger generation.