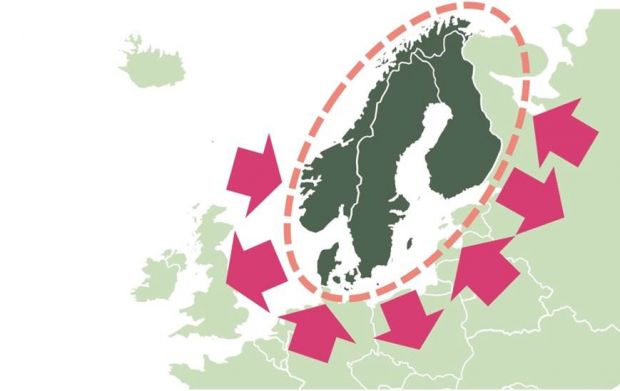 The company is experiencing an increasing demand for Scandinavian poultry products from foreign countries.


Adjusted operating profit amounted to MSEK 90 compared to MSEK 91 pro forma in the second quarter 2017, corresponding to a margin of 4.0(4.4 pro forma)%. Although both Norway and Ireland performed well, and Finland reported a continued improvement, the margin was negatively affected by a less favourable price/mix, primarily in Sweden as well as by higher raw material costs and marketing investments in Denmark.