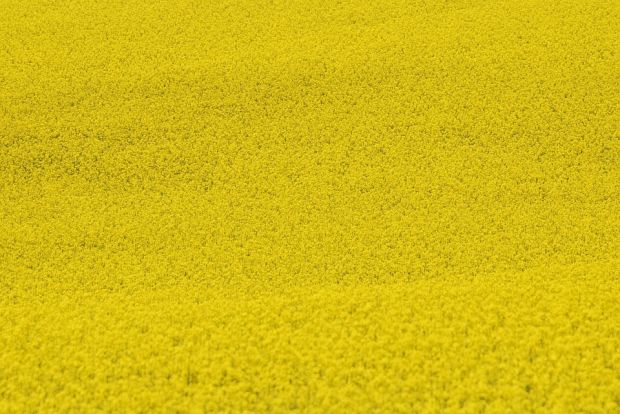 In Russia, too, rapeseed cultivation is meeting with increasing interest, reported Sergey Tuchin of the National Union of Plant Breeders and Seed Producers in Moscow.

GERMANY, Berlin. Domestic protein feeds are in vogue. But in the foreseeable future the import of soy from North and South America will be indispensable for livestock farmers in Germany and Europe. The yield level of the rapidly growing rapeseed cultivation in Russia remains low.


The meal made from rapeseed and sunflowers is also considered socially harmless and accepted as a protein carrier. One of the main arguments for their use is the guaranteed freedom from genetic modification (GM).

However, animal husbandry in Germany is still dependent on the import of soy feed from South and North America. Statistically, soy imports account for about 65% of the amount of protein consumed in animal feed in Germany. Around 4 mill. t of soy extraction meal (SES) are used in the feeding of farm animals. With a fed quantity of 4 mill. t, rapeseed extraction meal (RES) is the second most important source of protein feed. However, its protein content is only about 75% compared to soy.

While RES in rations for ruminants, mainly dairy cows, now almost completely replace SES, there have long been reservations about its use in feed for pigs and poultry. The reason for this is the presence of various antinutritive substances, mainly glucosinolates (GLS). At this year's Rapeseed Congress in Berlin, research groups from various countries explained the current state of research. A research group of the Thuringian State Institute for Agriculture (TTL), for example, pointed out the need to precisely determine and identify the content of GSL. Using sensitive methods to determine the animals' reactions to GSL contents, criteria could be developed to develop "safe-use levels" for the proportion of rapeseed meal in pig rations.

The oil mills were asked not only to focus on the quality of the oil obtained from the processes, but also to consider the use of the amino acids in the rapeseed protein and the tolerable GSL residue. A research group from Canada reported that the proportion of rapeseed meal could also increase in rations for fattening poultry and laying hens. Traditionally, this is limited to 5 to 10% in poultry feed in Canada. There are also concerns in Canada about the glucosinolate content, although it is significantly lower in the varieties cultivated there than in Europe. In test series it was proven that rapeseed meal contents of 15 to 20% could also be used in poultry feed without negative effects, according to the researchers. However, this would require an adjustment of the digestible amino acid content and the energy concentration of the ration.

A research group at the Weihenstephan-Triesdorf University of Applied Sciences described the results of their work as positive for the combination of feed peas and rapeseed meal in rations for fattening poultry. They cited the relatively high content of the amino acid lysine in peas and methionine in rapeseed meal as the reasons for this. A combination of 15% rapeseed meal and 20% peas was possible without negative effects on performance. However, rapeseed percentages greater than 15% had clearly shown negative effects.

In Russia, too, rapeseed cultivation is meeting with increasing interest, reported Sergey Tuchin of the National Union of Plant Breeders and Seed Producers in Moscow. The prices for oilseeds in Russia had almost doubled compared to 2015 and rapeseed was clearly more profitable compared to cereal cultivation, especially in the non-black earth soils in the European part of Russia. Since around 2005, the area under rapeseed cultivation in Russia has been continuously expanded and will amount to 1.6 mill. ha in 2018 – after 1 mill. ha in the previous year. The largest growth was in the region of Siberia. While the area under cultivation had grown strongly on the one hand, the yield level remained at a low level of only 1.2 to 1.4 t, according to Tuchin. For comparison: In Germany, a good 3.5 to 4 t are harvested per hectare.