Alternative burgers on the rise 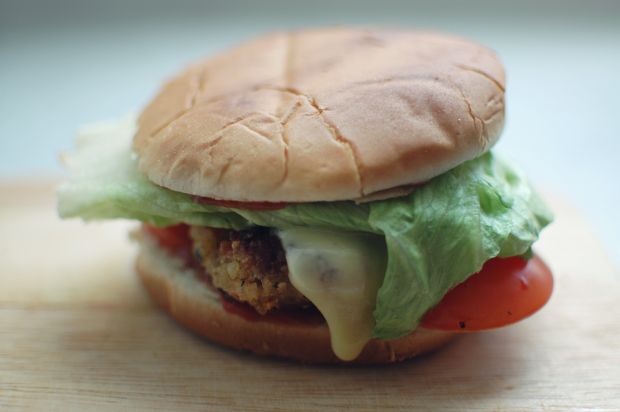 USA, Chicago. Alternative burgers are on the rise in restaurants, as beef burgers give way to leaner meats and vegetarian eats.

McDonald’s also has been testing chicken burgers in the Tampa Bay area. The burgers feature a quarter-pound ground chicken patty made of a blend of breast and thigh meat. The Classic version offers red onions, lettuce, tomatoes and ranch sauce, while the Signature variety includes grilled onions, lettuce, tomatoes and a special sauce. Both are served on a potato bun.

Veggie burgers also are gaining steam. Since 2013, the amount of veggie burgers on menus has climbed 10% in limited-service restaurants and 13% in full-service restaurants, according to Technomic. Wendy’s just launched its new Black Bean Burger, featuring a patty that consists of a blend of black beans, corn, roasted peppers and spices. Served on a 7-grain bun, the burger is topped with Pepper Jack cheese, spring mix, ranch and tomato.

In March, White Castle added a veggie slider to its menu, featuring a Dr. Praeger’s brand patty made with carrots, zucchini, peas, spinach and broccoli.