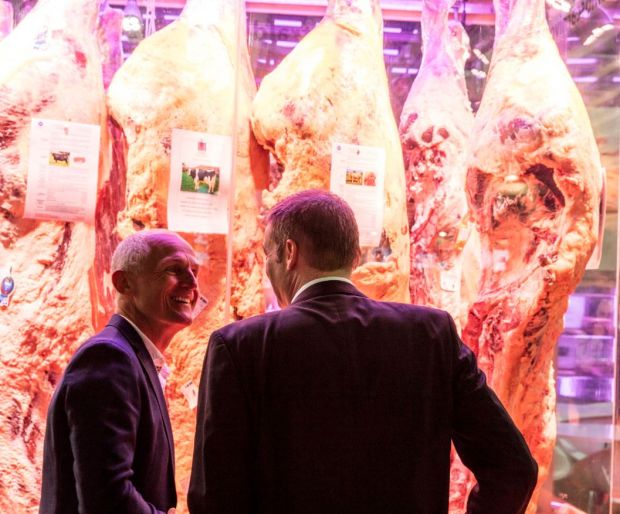 Intercarn will become the main trade show at Alimentaria 2020.

SPAIN, Barcelona. Just three months after going on sale, around 12,000 m2 of the exhibition space for the Alimentaria meat products and their derivatives trade show, which will be held from 20th to 23rd April 2020 at the Fira de Barcelona Gran Via venue, has already been reserved. Intercarn, which is expected to occupy a total of around 17,000 m2 of net surface area and attract more than 600 exhibiting companies, will thus become the main trade show at Alimentaria 2020.


Once more, the Spanish meat industry has shown its confidence in the indisputable leadership of Intercarn as its main business and internationalisation platform. Since going on sale last March, the show has already reached 70% of its sales targets.


The Business Federation for the Spanish Meat Industry (FECIC in its Spanish initials), the Meat Business Association (ANAFRIC) and the Spanish White Pork Interprofessional Agri-Food Organisation (INTERPORC) as well as the main national associations in the sector, will also have a major presence.

The positive commercial reception of Intercarn has led to the need to expand its space to accommodate a growing offer, with around 600 exhibiting companies expected to attend, representing a 20% increase in comparison with the previous edition. This is why it will occupy Hall 3 of the Fira de Barcelona Gran Via venue, which has a net exhibition area of around 17,000 m2 (13% more than that occupied by Intercarn 2018).

The international growth and consolidation of Intercarn 2020 is driving a significant increase in the participation of foreign companies. In this regard, Germany and Romania are expected to install Halls again, and a special effort is being made to attract the participation of leading countries from the Latin America and the USA meat sector.

The Spanish meat industry is consolidating itself as an international power: according to data from ICEX, it exported a total of 2.35 mill. t of processed meat and meat products worth €5,976 mill.to markets around the world in 2018, with an increasingly positive trade balance (528%). It repeated its growth in volume of 2.5%, despite stagnant sales in relation with 2017.

The value chain of the meat industry includes nearly 3,000 companies and accounts for 2.2% of total GDP. It is the fourth largest industry in Spain and the first in the Spanish food sector, according to the latest data published by the Ministry of Agriculture, Fisheries and Food (MAPA in its Spanish initials).