US Department of Agriculture 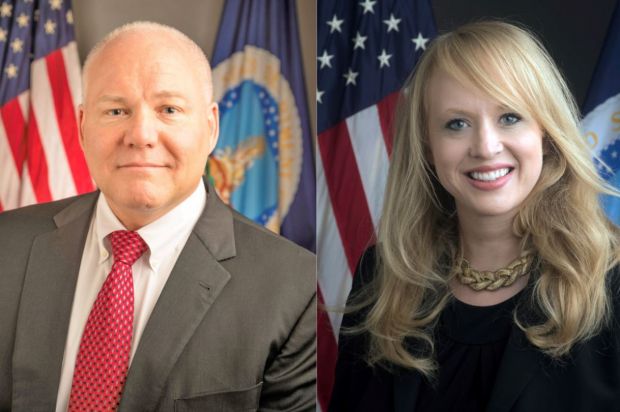 USA, Washington. The US Dept. of Agriculture (USDA) announced Carmen Rottenberg’s plans to step down from the role of administrator of the Food Safety and Inspection Service (FSIS) and the appointment of Paul Kiecker as her replacement.

Rottenberg was appointed to that role by Sonny Perdue, US secretary of agriculture, in May 2018, but had worked in the same capacity with FSIS since August of 2017. She is leaving a career of federal service that has spanned 20 years and plans to work in the private sector, where Perdue said her passion for food safety is sure to continue.

“Ensuring the safety of America’s food supply is USDA’s most important responsibility, and one that Carmen carried out with dedication and vision,” Perdue said. “Carmen is a true public servant and ushered in an era of modernization at the Food Safety and Inspection Service.”

Kiecker, who joined the FSIS in 1988 as a food inspector, most recently was appointed deputy administrator in 2018 and worked as its acting administrator until January 2019. He also served in other roles with the agency, including serving in regulatory operations and working as district and deputy district manager in several states. He also worked with the Office of Investigation, Enforcement, and Audit as a compliance investigator and as supervisory compliance officer.

Perdue said Rottenberg’s passion for food safety “will continue and advance with Paul Kiecker in his new leadership role. USDA’s food safety team is the best in the world and works tirelessly to safeguard the food we serve our families every single day.”

Mindy Brashears, USDA deputy undersecretary of food safety thanked Rottenberg for her service and said she looks forward to the leadership transition. “I am thankful to have had the opportunity to work so closely with Carmen over the past year,” Brashears said. “As we move ahead into 2020, I am confident in the direction of the agency as we have experienced senior staff who are ready to step into new leadership roles.” she added.

During her tenure, Rottenberg earned a reputation for modernizing the agency’s policies and leading many key food-safety initiatives targeting foodborne illnesses, including issuing new product recall guidelines and proposing changes to outdated labeling regulations on meat and poultry products.

“My colleagues in FSIS are among the best and brightest in federal government,” Rottenberg said. “I am confident that the agency will continue to do right and feed everyone, long after my last day in this office. It’s been a thrill and absolute joy to work with Secretary Perdue and this USDA team and I’m so proud of all we have accomplished.”

Source: US Department of Agriculture