Expansion: A new office to expand its presenc...
Expansion

A new office to expand its presence in Asia 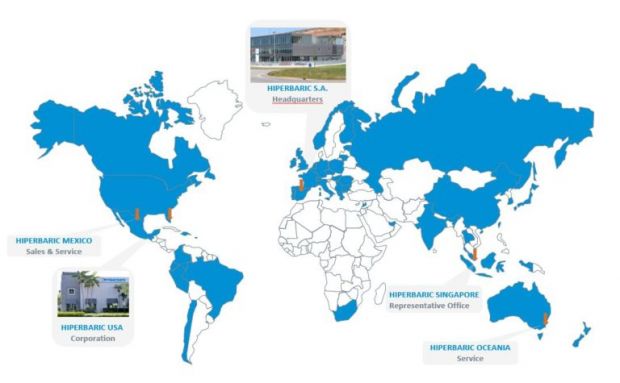 This new office represents the 4th overseas office besides the offices in Miami (USA), Australia and Mexico, the third office that was inaugurated late 2018.

SINGAPORE, Singapore. Hiperbaric launched a regional office in Singapore earlier this year following an increase of the demand of the high pressure technology in Asia Pacific Region. This will be the first step to reinforce their presence in Asia Pacific, where 3 out 4 HPP systems wears its quality brand.


From its earliest beginnings, Hiperbaric set its sights in the international markets, exporting its first system back in 2004 to Canada, only 2 years after developing the first horizontal industrial prototype for high pressure processing of foods and giving birth to the HPP technology such as it exists today. Since then, the company has consistently exported over 90% of the systems manufactured in its headquarters in Spain, reaching the farthest destinations such as Belice and Indonesia last year.


The company has set several milestones for the technology in the region such as being the only foreign company with HPP installation in Japan, China, Singapore or Malaysia, among others, as well as the first to set a high-capacity system with the installation of a Hiperbaric 525 in South Korea at the beginning of 2018, or setting the first equipment fully dedicated to tolling services in Singapore back in 2017.

Hiperbaric decided to open its new office in Singapore to respond in time to this increased demands and give a better support to existing and new customers. This new office represents the 4th overseas office besides the offices in Miami (USA), Australia and Mexico, the third office that was inaugurated late 2018.