From Editor fleischwirtschaft.com
Thursday, May 16, 2019 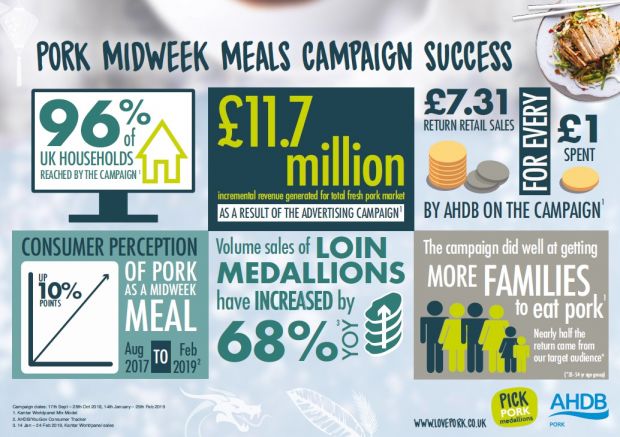 According to Kantar research almost £12 mill. of additional pork sales have been gained following the latest phases of their campaign.

UNITED KINGDOM, London. According to Kantar research, pork medallion sales increased by 24% and all promoted cuts by 13.9% over 12 months. During the past two years, the same campaign generated a total of £25 mill. in additional sales for the industry.


The tongue-in-cheek TV adverts featured a man dressed as a giant disgruntled chicken and were seen by 83% of UK households. Every pound spent on marketing generated an additional £7.31 in sales.


Importantly, the independent evaluation showed the campaign has successfully improved consumer perception of fresh pork as ‘suitable for midweek meals’ by 10 percentage points compared to pre-advertising. More than three years ago, AHDB committed to attracting younger customers to pork – the latest campaign results show almost half of the £3.2 mill. additional sales generated came from younger customers in the target category, aged 35 to 54 years old.