More pigs in the EU 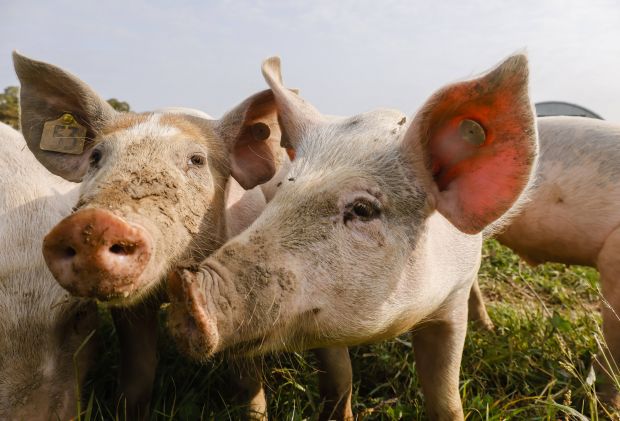 LUXEMBOURG, Luxembourg. The results of the livestock census in May and June were affected by the Corona pandemic.


Pig farmers in the European Union increased their stocks moderately in the twelve months up to early summer 2020. This can be seen from current data from the Statistical Office of the European Union (Eurostat), some of which are still provisional and not complete. According to this, in eight member states where a summer census is in place and which represent around 65% of the total EU-27 population, a total of just under 93 million pigs were kept in May and June 2020 respectively; this was 857,000 head or 0.9% more than in the comparable survey of the previous year. However, as a major pig producer in the EU, Spain with more than 30 million pigs is still missing from this census, which is normally carried out in 13 countries as well as the United Kingdom.

According to the Luxembourg statisticians, there has been an increase in all categories of animals, including breeding sows. The number of mother animals increased within the year by a total of 42,200 or 0.6% to 6.99 million animals. Among the 4.91 million covered sows, it was noticeable that the increase in the number of first-time pregnant sows was above average at 1.7% to 913,000. Also in the case of the breeding sows not covered, the increase in young animals was more pronounced than in the other animal classes with 2.9% to 821,500 animals.

In four EU countries, pig stocks increased in comparison to the previous year, thus ensuring the overall increase. This was particularly the case in Poland, with an increase of a good 650,000 animals or 6% to 11.43 million pigs. Danish producers also significantly expanded their herds, by 611,000 head or 4.9% to 13.16 million pigs. However, the corona pandemic is likely to have influenced the result. Slaughterhouses were unable to use all their capacities and the marketing of animals ready for slaughter came to a partial halt, which led to an unusually high increase in the fattening pig population of 11.1%. A similar situation is likely to have applied in Italy, where the total pig population increased by 3.1% to 8.91 million animals.

Fewer animals in the Netherlands

In half of all EU countries with livestock census results, fewer pigs were housed in early summer than twelve months earlier. According to the final results of the Federal Statistical Office (Destatis), the number of pigs kept in Germany fell by 480,000 or 1.8% to 25.48 million compared to May 2019. The number of pigs in the Netherlands shrank similarly sharply in relative terms with a minus of 1.7% to 12.03 million animals. A government production stop program also caused the decline there. Smaller decreases in the pig population were also reported from Belgium with 0.4% to 6.07 million animals and from France with 0.2% to 13.21 million animals.