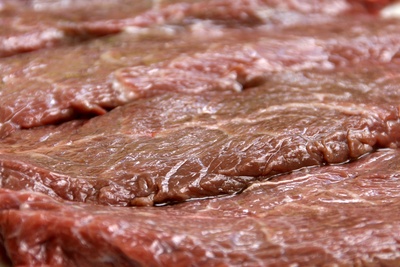 In its Winter 2014 Short-Term Agricultural Outlook, the Commission said that meat consumption is expected to increase in the short run, thanks to improvements in the economy and of meat availability.

Consumption was depressed in 2013, stressed the report, by high feed costs in the first half of the year, which drove meat prices up to record levels, although new harvest pushed feed and meat prices down in the second half.

The Commission is now predicting meat prices to remain stable in 2014, although feed prices could fall further (and with good harvests predicted in 2014, maybe further still). Consumer meat prices increased 2.8% in 2013 (following a 3.9% rise in 2012), it added.

The analysis said beef supplies would be boosted by a re-building of Europe's dairy herd, which makes up two-thirds of EU slaughters. With the European economy improving, EU per capita beef consumption could increase by up to 2% it predicted. And it said increased productivity in the pig meat sector could allow European production to recover, following the strong decline in the sow herd observed in 2012 and 2013 linked to the implementation of the new EU welfare rules for sows.

The report predicted that in 2014, increased pig meat production and slightly lower prices should prompt an 0.6% increase in EU consumption, with this recovery maybe continuing onto 2015 (+0.9%).

As for poultry, the Commission said it would remain the most dynamic sector among meats with production and consumption continuing to increase. It noted that production continued expanding in 2013, with Germany and Poland being the key growth areas, increasing production by +2% and +8%, respectively, year-on-year.

Regarding sheep and goat meat, recent steep falls in overall EU production are expected to stabilise in 2014, with net production and consumption still on declining path but a much slower pace. It noted that the EU sheep and goat flock contracted by 1.7% in 2013 against the 2012 level. It added that although they are relatively small, EU 2013 sheep and goat meat exports increased by 50%, with 58% of total volumes going to Hong Kong (up 75% on 2012 sales to the special administrative territory). And increased demand for live lambs from Jordan, Libya and Lebanon is expected to keep EU exports of live sheep and goats at around 34,000 t in 2014.
You can buy the rights to this article here.
Source: The European Commission