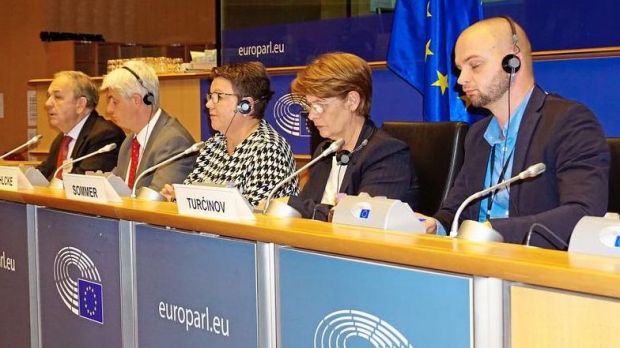 BELGIUM, Brussels A sizeable proportion of our food – almost 90 million tonnes a year – ends up being thrown away. This means a total of EUR 143 billion in the bin.


Far too much, the European Court of Auditors decided recently, and urged the EU Commission in Brussels to come up with a suitable action plan. The intention is to halve the amount of waste food by 2030 using various measures.


The craft butcher sector is keen to help, as was made clear at the 11th European Meat Forum, held in the European Parliament building in Brussels. At the event, organised by the International Butchers' Confederation (IBC), the society's President Jean-Marie Oswald described the food artisans as "professional preventers of food waste". Their respect for the livestock alone motivates butchers to use as much of the carcass as possible. Furthermore, the small structures of the sector enable flexible purchasing and production volumes.

As studies have repeatedly shown, the biggest wasters are actually the consumers themselves. MEP Nikola Turčinov underlined this, too, in his statement. The most cost-effective means of combatting waste is to inform customers. He believes that retailers carry the main responsibility here, as they have direct contact with consumers. 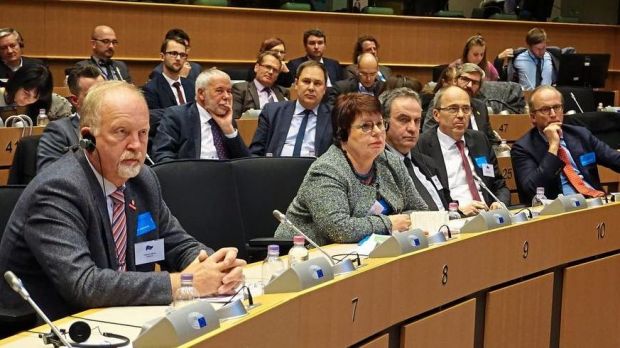 Sandra Sieler, si
Doing their part to encourage greater appreciation and less waste: the food artisans of Europe.
Dr. Renate Sommer of the EPP Group in the EU Parliament (and patron of the event) also regards communication as the key. "We need to remind people of the value of food." She felt, however, that it would be more effective to get the message across to children, in schools and nurseries.

Bartosz Zambrzycki, representing the European Commission on the podium, reminded those present that education is the responsibility of the Member States. The EU has no authority to intervene here. However, it does provide funding to the states for nutritional education, Turčinov added. So far, though, only two of the 28 EU states have made use of this.

The EU Action Plan targets a wide range of fields of action. These include making it easier for companies to donate food, (re)allowing food to be used as animal feed or abolishing "expiry" dates and replacing them with "best before" dates. All participants of the European Meat Forum were unanimous that too many consumers today know too little about foods and how they are made, making it difficult for them to judge whether a product can still be consumed after its expiry date or not. "We have lost two generations," said DFV President Herbert Dohrmann, outlining the extent of the problem. In addition to providing information, intelligent packaging could also prevent food that is still consumable from being thrown away too quickly.

Dr. Sommer warned urgently against banning expiry dates by changing the Food Information Regulation: it took a great deal of time and hard work to put together the entire package of labelling requirements. Unravelling this now would be extremely risky, said the CDU politician.

The Commission believes that the Regulation, which only came into force at the end of 2011, provided sufficient instruments for tackling the problem of food waste. There is no need for further laws, he said.

The lack of appreciation was a matter of concern for all those involved in the value chain. The craft butcher sector in particular is trying to convince its customers to eat less - but higher quality - meat. At this point, IBC Vice-President Jacqueline Balzer joined the discussion from the audience. From her native France she reported on a partnership with a start-up company to sell leftovers e.g. from party catering at low prices.

Vice President Eckhart Neun of the German Butchers' Association pointed out that the misappropriation of meat was disrespectful to animals. The patron also recognised the commitment of the butchers: "Food is simply much too cheap and is universally available. It is not an option to set up a planned economy, and so we have to encourage consumers to choose quality. Which you are already doing an excellent job of," said Sommer, praising the butchers.

The European meat industry representative also directed a few words at the retailers who continually try to push down the meat and sausage producers' prices.