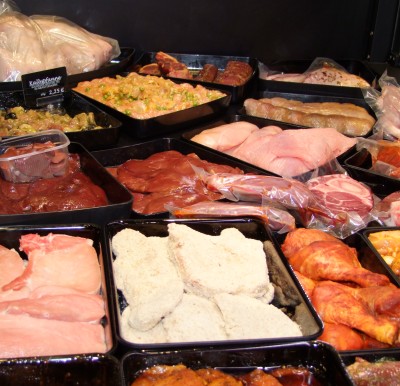 European Union (EU) beef production will be boosted next year according to the European Commission's annual market outlook report covering the next decade.

Much of the extra demand from African and Asian countries will be supplied by EU producers, it predicted. Part of the growing demand is caused by population increases and urbanisation in these regions and while these growth trends were  slowing down, consumption growth was still greater - at 2% above population increases, on average.

However, the report warned beef production was expected to return to its historical decline soon after, to reach 7.6 mill. t by 2024. This drop in beef production will continue, although at a slower pace than earlier in the 2008 economic crisis. In the short term there will be more beef as a result of  recent dairy herd increases, but thereafter a slow reduction in herds will be seen up to 2024.

But with this major exception, the Commission outlined optimistic prospects for the industry. Pork is expected to recover next year after three years of  reduced supply.

After several years of decline, sheep and goat meat production are expected to stabilise at current levels and profitability will increase on both products.

But the brightest prospects are for poultry, whose production and consumption will expand significantly during the next 10 years (both by 7% in 2040 as compared with the current years).

Although higher per capita meat prices plus the economic crisis have caused consumption to reach its lowest for 11 years (64.4 kg in retail weight per person per year), consumption overall will recover until 2016 as more meat comes onto the market, but should return to a downward trend thereafter. By 2024, per capita consumption will fall below 65 kg in retail weight, bringing it close to the 2012 level, predicted the Commission.
Source: The European Commission