by Editor fleischwirtschaft.com
Friday, May 30, 2014 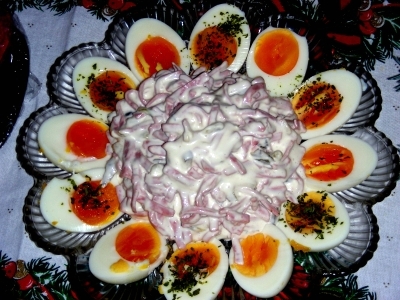 Photo: Hartmut910 / pixelio.de
fleischwirtschaft.com — BELGIUM, Brussels
Facebook
Twitter
Related News
The European Commission has approved the use of ethyl lauroyl arginate (E-243) as a preservative in most heat-treated meat products in the 28- country European Union (EU). But the Commission has retained a ban on its use in emulsified sausages, smoked sausages and liver paste.

Brussels' announcement comes after a study by the European Food Safety Agency (EFSA) in June 2013 found that exposure to the preservative in most heat-treated meats, consumed by five categories of consumers, showed that none of these groups ate more than the acceptable daily intake set by the EU agency.

Ethyl lauroyl arginate prevents contamination of foods by bacteria, yeasts and moulds and is already widely used as a preservative in North America, Australia and New Zealand. Food producers outside Europe use the preservative - also known as LAE or lauric arginate - in meat and poultry, as well as soups, fish products and carbonated beverages.

This 2013 study had itself been sparked by an earlier and broader study in 2012, when EFSA concluded that using the preservative in a wide range of meat products (including fresh meat), salted fish and prepared salads would breach the acceptable daily intake of 5 mg per kg of bodyweight, a level it established in 2007. The Commission's new regulation excludes fish, salads and beverages, but opens the way for LAE's use in a broad range of meat products.

LAE works by breaking down the membranes in bacteria and fungi, causing the contaminant cells to die. Its ability to extend the shelf-life of meat products and improve the appearance of products during cold storage explains its popularity in meat industries worldwide.
You can buy the rights to this article here.
Source: The European Commission