Learning from each other

From Editor fleischwirtschaft.com
Sunday, May 31, 2015 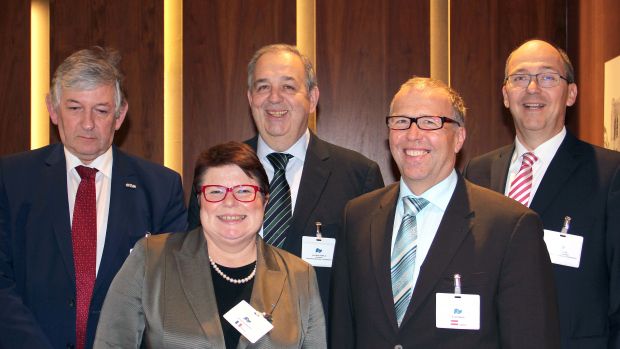 
At the spring conference in Copenhagen, Managing Director of the Secretariat General Kirsten Diessner presented a range of measures designed to strengthen ties between the craft butcher sector and new employees.

IBC President Jean-Marie Oswald welcomed representatives from the host country as well as from Germany, France, Luxembourg, the Netherlands, Austria and Spain to the directors' meeting in the Danish capital. However, a significant number of delegates from a total of nine countries did not attend the event.

Secretary General Martin Fuchs gave a full report on the reorientation of the International Young Butchers' Competition and introduced the new IBC Secretariat General assistant, Daniela Schaller, to the body.

She has been working for the IBC as a trilingual secretary since January 2015, operating in the key languages of the European Union (English, French and German).

The Managing Director of the Secretariat General, Kirsten Diessner, reported on the current state of affairs and the lobbying activities of the IBC with regard to planned EU legislation. These primarily concerned e.g. food labelling, the consumer information regulation, origin labelling and allergenic substances.

Diessner gave an update on an IBC database which contains lists of vocational colleges, training centres and influential craft butchery companies. This lists companies which are prepared to set up a system whereby deserving young butchers can attend a practical and theoretical exchange session with their European colleagues lasting at least two weeks following their initial training. It was the French member organisation CFBCT which put forward this idea.

Vice President Jacqueline Balzer then gave a detailed presentation on the French proposal and handed out a comprehensive description to all those attending the meeting. The delegates also made intensive use of the session to reflect upon the future viability of the butchery sector.

In the future it will increasingly be necessary to supplement the sale of meat and meat products with new product ideas. The delegates were unanimous in their view that only with such measures will it be possible for small craft butchers to increase their chances of surviving. Europe's butchers see participation in different types of retail outlets as an opportunity for the future.