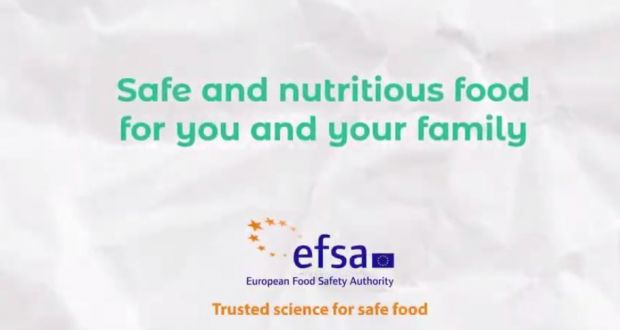 The campaign is promoting the value of EU food safety.

ITALY, Parma. EFSA, the EU Member States and the European Commission are jointly launching a campaign called #EUandMyFood. The aim is to remind EU citizens how they all benefit from the European food safety system that was created in 2002 under the General Food Law.


On the launch of the campaign, EFSA Executive Director Bernhard Url said: “I’m a passionate believer in the European integration project. As we head into the European elections in May, it’s timely to remind ourselves how the EU makes a positive impact on our daily lives, often without us realising it. For EFSA and our partners in the EU Member States and at the European Commission, our contribution is food safety. EUandMyFood is about having safe and nutritious food in Europe that we can trust. It’s about having respect for the health of our animals and how we treat them. And it’s about being responsible for our environment – the soil, water and air – which sustain the food and feed crops that we and our animals, respectively, eat.”


The EUandMyFood campaign is being jointly promoted by EFSA and national food safety authorities in the EU Member States with the support of the European Commission’s Health and Food Safety Directorate General. Together, they’ve created a series of short films, animations and a special website – in all 24 official EU languages – that recap how EU citizens benefit from the highest food safety standards in the world.

The next European elections take place on 23-26 May 2019 giving all adult EU citizens the opportunity to select who will represent them in the European Parliament. #EUandMyFood is one of several initiatives by EU institutions and agencies to highlight the value the EU brings to citizens’ everyday lives.