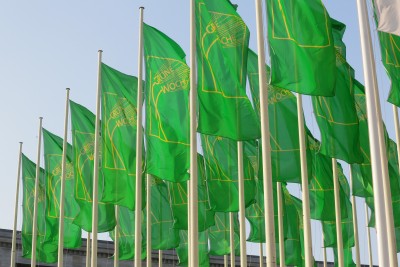 The Global Forum for Food and Agriculture (GFFA) 2014 is devoted to one of the greatest challenges facing humankind at International Green Week.

Using the slogan “Empowering Agriculture – Foster Resilience – Securing Food and Nutrition “ the 6th Global Forum for Food and Agriculture (GFFA) will be taking place from 16 to 18 January, coinciding with the start of the International Green Week Berlin 2014, which is held from 17 to 26 January.

Safeguarding food supplies remains one of the greatest global challenges facing humankind. How can this be achieved internationally when the problems are exacerbated by economic and financial crises, the consequences of climate change and a
worldwide decline in the amount of land available
for agricultural use?

The key to overcoming and combating hunger and inadequate or incorrect nutrition lies in the development of efficient and sustainable agriculture. For some considerable time it has been the internationally declared intention to establish more efficient structures for agriculture and to effectively exploit agronomic potentials.

In many places, however, various economic, ecological and social challenges prevent the attainment of this objective. States, regions and populations are struggling to overcome problems such as the shortage of natural resources and increasingly volatile agricultural markets, as well as soil impoverishment and a loss of species diversity.

The GFFA will consist of a number of modules featuring discussions about these issues, which are of growing importance for the future. In 2014 the focus is once again on the International GFFA Panel and on what has become the world’s largest conference of ministers of agriculture, the 6th Berlin Agriculture Ministers’ Summit.

On Saturday, 18 January 2014, this event will be attracting leading representatives from all over the world to the World Hall of the German Foreign Office, where they will be discussing possible solutions for a joint approach aimed at safeguarding global food supplies.