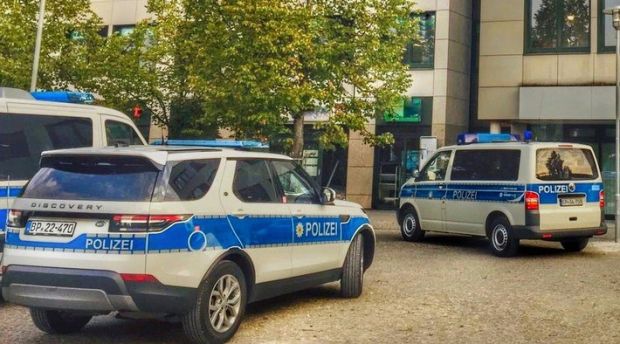 GERMANY, Mageburg. Yesterday, the federal police was on duty with 800 officers in the early morning hours.


On behalf of the Naumburg public prosecutor's office, the federal police, with a large contingent of over 800 police officers, have so far searched more than 60 residential and business premises simultaneously in five federal states on suspicion of smuggling foreigners into Germany. The focus of the investigators is "a construct from various temporary employment agencies, through which the main accused are said to have smuggled at least 82 people into Germany in the last 6 months," the federal police announced.

In the early morning hours on Wednesday, the headquarters of the temporary employment agencies, the living quarters of the company owners, but also workers' housing provided was searched simultaneously by the federal police. In detail it concerned so far 49 work accommodations in Weißenfels as well as three in Bernburg. In addition, three residential and business properties each in Garbsen and Papenburg as well as one property each in Twist, Bonn, Bassum, Chemnitz and Berlin were searched.

The investigations are currently directed against ten main defendants aged between 41 and 56 years. According to the police, these are six persons of German, three of Polish and one of Ukrainian nationality. Among the German citizens, four of the accused are of Russian origin and one is a Kosovar.

In the course of yesterday's search measures, about 20 persons have been found so far who are suspected of being illegally employed using forged and falsified documents or as "sham students". Once the police measures have been completed, these accused persons/workers are to be handed over to the competent foreigners authority with the aim of ending their illegal stay.

During the searches, the emergency services secured extensive evidence, including data carriers, business records and documents. The investigators assume that a profit of € 1.5 mill. was generated with the allegedly criminal business model. In the raid, this amount was seized by order of the responsible local court.

Since the beginning of 2020, the Federal Police Inspectorate in Magdeburg has had initial findings that persons with forged documents are to be smuggled illegally into Germany. According to the findings of the investigating authorities, the foreigners would work illegally in the meat processing industry via recruitment agencies, among others in the Weißenfels area. After initial checks, the initial suspicions were confirmed, which led to the formation of a special commission between the investigators from Magdeburg and the Federal Police Inspectorate for Crime Prevention in Halle. "In the course of the joint investigations, those responsible were identified and the background was clarified," said the federal police.

At least 82 third-country nationals are said to have been smuggled into Germany. The main accused are suspected of having procured or used forged European identity documents, among other things, in order to register the predominantly Eastern European nationals as EU citizens with the relevant authorities and to enable them to work illegally. In addition, so-called sham students are alleged to have been put into work. For this purpose, third-country nationals present forged registration certificates with the aim of being able to work as a student in vacation jobs. Furthermore, the accused provided accommodation, organized transportation services and supported the workers in opening accounts and dealing with authorities.