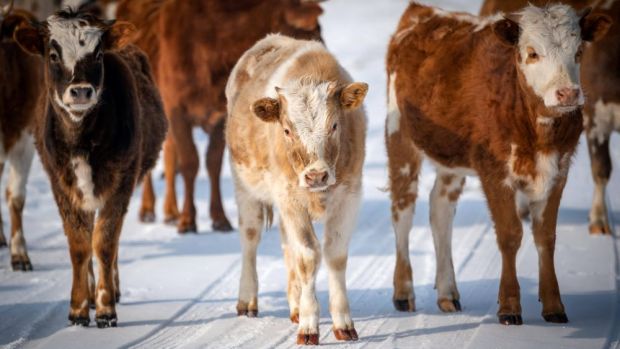 Photo: imago images / Panthermedia
The cattle herd in Russia continued to grow in the first half of 2020.
Related Topics:

fleischwirtschaft.com — RUSSIA, Moscow. Russia, Belarus and Ukraine have increased production in the first half of 2020.
Facebook
Twitter

Russia has increased production of meat, milk and eggs in the first half of 2020 According to current data from the Russian Federal Statistical Service (Rosstat), meat production amounted to 7.1 mill. t live weight. This was 4%more than in the same period of the previous year. The statisticians put the Russian cattle population at 19.2 mill. animals, including 8.1 mill. cows, on the cut-off date of 1 July. Compared with the same period last year, this represents increases of 0.3 and 0.4% respectively. Meanwhile, the number of pigs increased by 5.3% to 26.8 million, while the sheep and goat population was reduced by 0.8% to a total of 24.9 mill. animals. In contrast, the Russian poultry herd was reduced by 0.3% to 563.4 mill. animals.