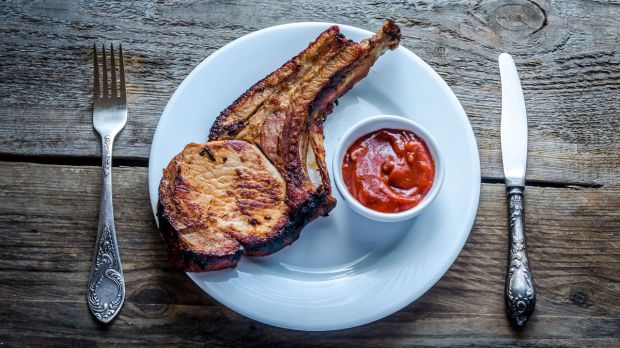 Demand for pork has received impetus as preparations for the grilling season are underway.

GERMANY, Bonn. Slaughter pig prices in Germany and throughout the European Union know only one direction at the moment: they are going up. Live supply and animal weights are down and pigs are sought after by meat producers in many countries.

In Germany, the Federation of Livestock and Meat Producers' Associations (VEZG) raised its benchmark quotation by ten cents to €1.40 per kg of carcass weight (cw) last Wednesday, following a nine-cent increase the previous week. However, a year earlier, when Corona and African swine fever (ASF) had not yet disrupted the market, fatteners had been paid more than two euros per kilo.

Currently, a mostly tight supply of slaughter pigs and also piglets is reported from several regions in Germany. This is the result of fewer imported piglets and unoccupied sows, which is why the supply is not expected to increase noticeably in the long term. At the same time, demand for pork has received impetus; preparations for the barbecue season are underway. Slaughter capacity is also being better utilized and wants to be utilized; the supply/demand ratio on the live market has turned around. This also became clear at the auction of the Internet Pig Exchange (ISB) of the Interessengemeinschaft der Schweinehalter Deutschland (ISN). There, slaughter pigs were traded again last Tuesday for the first time since the market turbulence in September 2020; the average price was €1.47 per kg sw.

In other EU countries, the market situation recently looked similar or even better than in Germany due to additional export opportunities for pork to third countries. There was no longer any talk of surpluses on the pig market, but rather of supply being too tight. This has been true for Spain for weeks and continued there in early March. In Spain the quotation rose last Thursday by the maximum permitted amount of six cents to €1.295 per kg live weight (lw). In Belgium, pig marketers there are again receiving more requests to supply slaughter pigs to Germany and Spain, but the live market has largely cleared. Quotations were recently raised between seven and eight cents per kilo lw.

The quotation in Austria also increased by eight cents, albeit per kilogram slaughter weight, to €1.52. The Association of Agricultural Processing Producers (VLV) reported that demand for slaughter pigs was five to ten percent higher than the available supply. Danish Crown now also increased its purchase price for slaughter pigs after weeks of standstill, by the equivalent of ct6.7 to €1.345 per kg. Sales in the EU meat market are still not running smoothly, he said, but signs of lower production give scope for some price increases on cuts. Customers are beginning to position themselves for the period after the Corona loosenings and exports to Asia are also going well, the company reported.

More restrained compared to other countries, last week's quotation increase at Marché du Porc Breton was ct3.1 to a base price without surcharges of €1.281 per kg sw. Only in Italy, due to the negative margins of the slaughterhouses, sand has come into the gear; the quotation remained stable there after a ten-week upward trend. In the EU as a whole, the changed market situation had already made itself felt in the week to 28 February with increasing prices. On average in the member states, slaughter pigs of commercial class E were sold for €135.69 per 100 kg sw; this was €4.6 or 3.5% more than in the previous week. An above-average increase of 7.8% was reported for Poland, while prices in Slovakia, Lithuania and Germany went up between 4.2% and 4.9%. In Austria, Belgium and the Netherlands, fatteners were able to sell their animals for a good three percent more each, and in Spain the increase amounted to 2.9%. French slaughterhouses increased their payouts more moderately, by an average of 1.5%. In Denmark and Bulgaria, however, prices remained unchanged. Only four smaller producer countries reported declining prices for slaughter pigs, with the smallest drop in Ireland at 0.4% and the largest in Cyprus at 4.7%.