Bottleneck in Germany is getting bigger and bigger 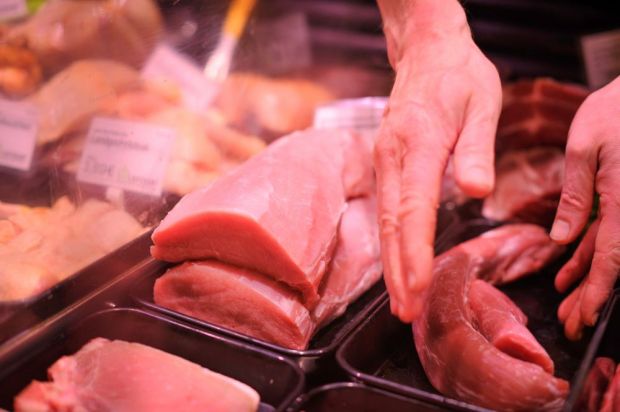 The low slaughter figures in Germany ensure stable prices on the meat market.

The slaughtering and cutting capacities, which had already been reduced due to corona hygiene requirements and lack of personnel, were further reduced following corona outbreaks at Vion in Emstek and Weidemark in Sögel and the officially ordered partial or complete closure of the plants. However, the relevant slaughter pig quotation of the Association of Livestock and Meat Producers' Associations (VEZG) remained stable at the comparatively low level of €1.27 per kg carcass weight (cw).

Normally, the quotation drops when there are large surpluses on the live market in order to increase the readiness of the slaughterers to take delivery, but if they have no processing capacities available, a quotation drop is of little use, an analyst explained. How extensive the supply of pigs ready for slaughter has become in the meantime is also shown by the number of animals to be marketed by the VEZG members, which at a good 300,000 for the current slaughter week is around 30% higher than a normal supply. The community of interests of the pig keepers of Germany (ISN) estimates the country wide overhang on nearly 400,000 animals, which corresponds to a half week slaughtering in Germany. If the construction of the overhangs continues because of missing slaughtering capacities, an overhang of one million pigs could result until Christmas, warned the ISN.

On the meat market, on the other hand, there is hardly any quantity pressure to be felt, especially in the case of cut and boned goods, since significantly fewer animals are slaughtered. The domestic meat market is therefore, according to analysts, running largely normally at hardly changed prices. However, meat producers are suffering greater losses after the loss of third country markets due to ASF due to the scarcity of marketing opportunities for the "fifth quarter", such as offal, ears or feet.

In other countries of the European Union, the supply of slaughter pigs increases seasonally; however, the animals can be sold at mostly stable prices. In Austria, according to the Association of Agricultural Refinement Producers (VLV), the slaughtering and cutting lines are working at full capacity, which is why there is a surplus on the live market. The VLV quotation remained unchanged at €1.50 per kg sw.

Stable payout prices for the fatteners are also available in Spain; the quotation on the Mercolleida remained stable for the third week in a row at €1.296 per kg live weight (lw). The increasing number of slaughter pigs is needed for the fast running export to China, which is why some of the pigs were also slaughtered on the Spanish national holiday. Danish Crown (DC) is also profiting from the good pork exports to Asia; the meat company also left its purchase price for slaughter pigs unchanged recently. According to DC, the slaughtering lines are not running at full capacity due to breakdowns and corona protection measures, which is why slaughtering has to be postponed.

In Belgium, there are still overhangs of slaughter pigs due to the lack of sales opportunities in Germany and the Netherlands, but according to official quotations, the price decline has come to a halt for the time being. In France and Italy, prices fell by around ct0.5 per kg compared to the previous week.

According to the Commission, prices for slaughter pigs in the entire EU had just about held their ground in the week ending 4 October. On average of all 27 member states, €141.22 per 100 kg sw was paid for animals in the E class; this was €0.39 or 0.3% less than in the previous week. The shortfall on the comparable price of the previous year at the beginning of October 2019 increased slightly to €41.15 per 100 kg sw, so that EU fatteners currently receive 22.5% less money for their animals. According to the Commission, the Baltic states Latvia and Lithuania saw significant price reductions of 6.1% and 3.8%, respectively, in the reporting week.

As a late consequence of the German drop in quotations following the discovery of ASF, slaughterhouses in Austria and Belgium each reduced their payments by 1.9%, after having already made significant cuts. Lower reductions of 0.2 to 0.9% were recently seen in Germany, Poland, Denmark, Bulgaria, Spain and Italy. For France and the Netherlands, stable payout prices were mentioned by the Commission. According to this report, there was only one EU country with significantly rising slaughter pig prices, namely Romania with a plus of 3.8%.