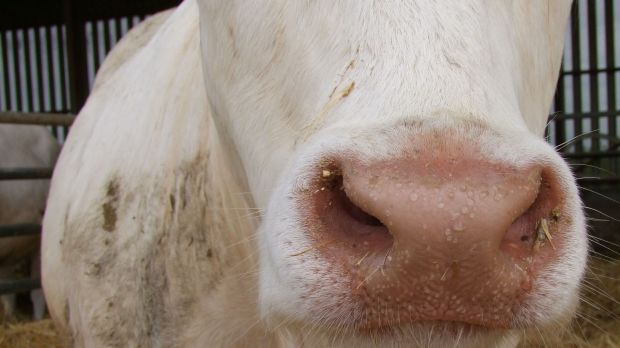 Particularly for cows, sometimes substantial surcharges had to be paid.

BELGIUM, Brussels. In week 47, young bulls in the R3 category were traded for €355.92 euros per 100 kg carcass weight (cw), according to the European Commission's figures, the average of the reporting Member States; compared to the previous week, this corresponded to an increase of 0.7%.

In the Netherlands the quotation was significantly firmer, rising by 3.9%. The surcharges were weaker in Germany and Poland at 1.6% and 1.1%, respectively; in France and Spain, the fatteners had to be satisfied with a plus of 0.3% each. In Belgium, prices for R3 bulls remained at the previous week's level and in Austria they fell by 0.5%. In Denmark, the discount amounted to 1.1%. The price was very weak in Italy with a drop of 6.4%.


On average in the EU, prices for cows also tended to be more favourable again. According to the Commission's figures, the average price for O3 cows was €258.34  per 100 kg sw, 0.5% more than the previous week. In Spain, the relevant quotation increased by 4.1%, in Austria by two percent and in Germany and Italy by 1.4% each. The markup was weaker in the Netherlands at 0.8%, and even lower in Poland and Belgium at 0.5% and 0.2% respectively. In France, O3 cows were 0.7% cheaper than in the previous week; in Denmark the drop was as high as 1.3%.

Noticeably stronger than for bulls and heifers, the EU quotation for heifers increased. According to the Commission, animals in the R3 category were traded for an average of €368.60 per 100 kg sw in the reporting Member States; this corresponded to an increase of €6.89 or 1.9%. Quotations were generally firmer. In Italy, fatteners were pleased with a premium of 6.4%; in Spain and Germany, prices rose by 4.4% and 3.4%, respectively. In Austria, R3 heifers were traded at two per cent more than in the previous week; the surcharge was weaker in France and Poland at 0.7% and 0.5% respectively. In Belgium, heifer prices moved sideways, while in the Netherlands they fell by 0.6%. The decline was noticeably more pronounced in Denmark at 1.9%.