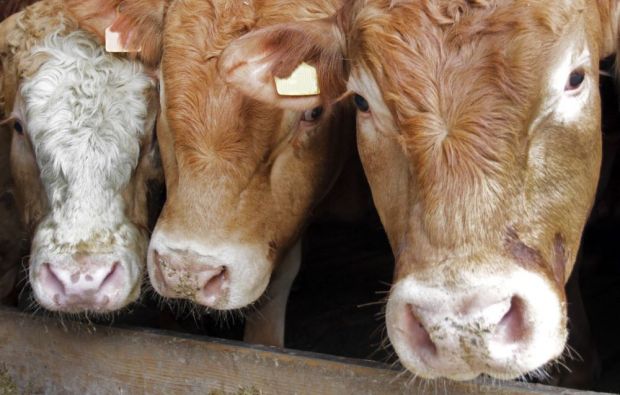 BELGIUM, Brussels. The slaughter cattle prices in the EU have again predominantly decreased recently. The quotation for young bulls moved sideways again, while cows and heifers were traded at lower prices.

According to the European Commission, in the week ending 27 September, an average of €350.87 per 100 kg carcass weight (cw) was paid for young bulls in the R3 category according to the reporting Member States; this corresponded exactly to the price of the week before.

In Italy, however, fatteners were pleased with a premium of 4.3%; with premiums of between 0.6% and 0.3%, prices in the Netherlands, Spain and Germany also developed more positively. In Belgium, prices for R3 young bulls remained stable compared to the previous week, while in Ireland, France, Austria, Poland and Denmark there were discounts of between 0.2% and 0.9%.

The EU prices for cows developed weaker overall. According to the Commission's data, animals in the O3 class earned an EU average of €274.49 per 100 kg cw in the reporting week; this corresponded to a minus of 0.7%. Contrary to the trend in the Community, the price in Ireland rose by 0.6%; otherwise there were widespread discounts. In France, Denmark, Germany and Spain, revenues fell by between 0.6% and 0.9%. In Belgium, O3 cows were traded 1.1% cheaper compared to the previous week; the declines were even more severe in the Netherlands, Poland and Austria, where there were discounts of between 1.5% and 3.0%.

The price reductions for heifers were less than for cows. According to the Commission, the average price paid in the R3 class in the Community was €364.24 per 100 kg cw, which was a drop of 0.2%. In the member states the revenues developed quite differently. Noticeably more was paid in Spain, where there was a premium of 3.1%. Prices also rose in Germany, the Netherlands and Belgium, but only between 0.7% and 0.2%. In Ireland, the price moved sideways; in Denmark, France and Poland, there were discounts of between 0.3% and 0.8%. In Austria, prices for R3 heifers fell by 1.8%; the price of R3 heifers was very weak in Italy, where it fell by 11.6%.