Young bulls in Italy under pressure 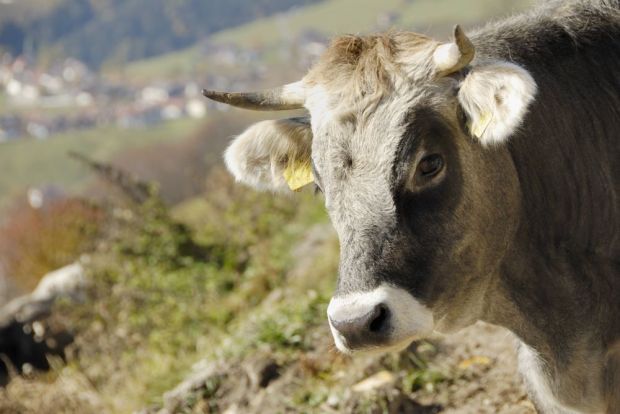 In Italy the prices for young bulls decreased significantly.

According to the EC, in the week ending 4 October, an average of €352.36 per 100 kg carcass weight (cw) was paid for young bulls of category R3 in the reporting Member States; this corresponded to an increase of 0.4% over the previous week.

In Ireland, the quotation was comparatively firm with a surcharge of 1.6%. In Austria, fatteners were also pleased with the increase, although it was slightly lower at 1.1%. The surcharges in Germany, Spain, Denmark and France were again weaker, with prices for R3 bulls rising by between 0.6% and 0.3%. Meanwhile, revenues in Poland fell by 0.3% and in the Netherlands by 0.9%. At 11.6%, the decline in Italy was considerably more severe.

Cow prices fell during the reporting week. According to the EC, animals in the O3 category earned €273.88 per 100 kg sw on average in the Community, 0.2% less than in the previous week.

Contrary to the trend, there was a noticeable premium of 2.2% in Poland. Quotations in Belgium and Denmark also tended to be more friendly, albeit only by 0.3% in each case. In the Netherlands prices remained stable, while O3 cows in Germany, Ireland and France were traded between 0.2% and 0.3% cheaper. The decline was more pronounced in Italy with a drop of 1.4%; in Austria and Spain, the discounts were even 2.5% and 2.6%, respectively.

As with young bulls, the EU heifer quotation developed positively during the reporting week. According to the EC, an average of €367.93 per 100 kg sw was paid for animals in the R3 category, which corresponds to an increase of €3.69 or one percent. In Spain, revenues for slaughter heifers climbed by 5.2%, in Italy by 2.8%. Prices in Denmark, Austria and the Netherlands rose by between 1.8% and 1.6%. In Poland, the increase was weaker at 0.6%; the increase was even lower in Germany, France and Ireland, where prices rose by between 0.4% and 0.1%. In Belgium, prices for R3 heifers stabilized at the level of the previous week.