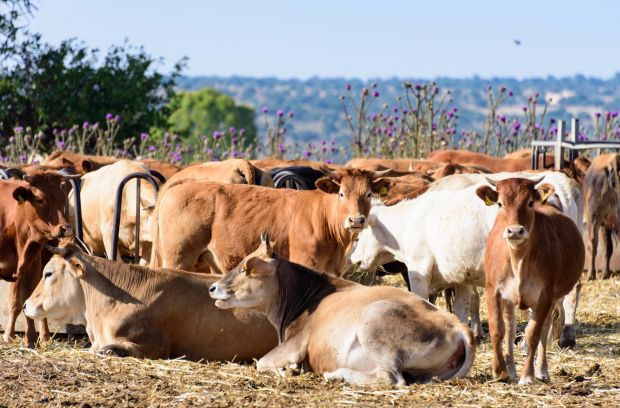 The prices for slaughter cattle in Italy rose at an above-average rate compared to the EU.

BELGIUM, Brussels. Young bulls, slaughter cows and heifers were traded at higher prices in most EU countries. Especially in Italy the market recovered.

Slaughter cattle prices in the European Union have recently been on a more favourable trend again. In the week ending 7 June, the average price paid for young bulls of category R3 in the reporting Member States was €351.54 per 100 kg carcass weight (cw) according to the European Commission; compared with the previous week, this corresponded to an increase of €2.73 or 0.8%. Contrary to the trend, however, the fatteners in the Netherlands and Austria had to accept reductions of 0.7% and 0.5%, respectively. In Belgium, the price moved sideways, while in Ireland, France, Denmark, Germany and Spain, revenues were between 0.2% and 0.8% higher than in the previous week. In Poland, young bull prices rose by 1.0%; the increase was particularly strong in Italy with 7.2%.

Cows also saw widespread markups in the week under review. According to the Commission, animals in the O3 category sold for an average of €268.72 per 100 kg cw in the EU, an increase of 1.2%; however, the level of the previous year was still missed by 9.2%. Recently, prices for cows for slaughter have been much more favourable in Spain, Germany, the Netherlands, Austria, Italy and Belgium, where there were premiums of between 3.4 and 1.5%. While O3 cows in Denmark and France still rose by 0.8% and 0.6% respectively, the price in Poland fell by 0.3% and in Ireland by as much as 1.5%.

Heifers for slaughter also showed a more positive trend in the week of the report; according to the Commission, the EU quotation rose by 0.7% to €361.96 per 100 kg cw. However, prices fell in some Member States, such as Spain by 0.5% and Ireland by 0.1%. In Belgium, heifers remained at the previous week's level, while the Netherlands, Poland and France reported comparatively weak markups of between 0.3% and 0.8%. The increase was somewhat stronger in Denmark, Germany and Austria, where R3 heifers sold between 1.0% and 2.0% more than in the previous week. The increase was also significantly higher in Italy with 7.0%.