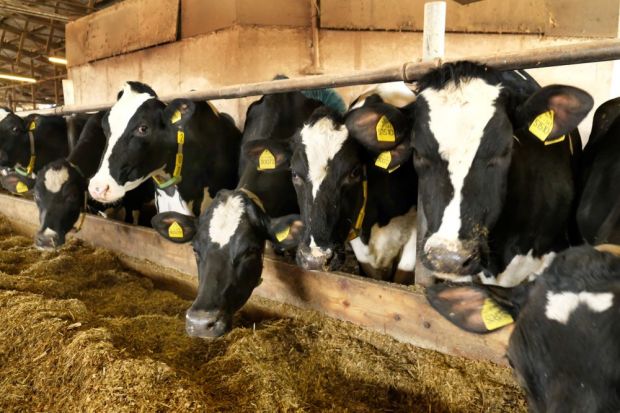 Compared with the rest of Europe, the price of slaughter cows in Germany at the end of May was above average.

BELGIUM, Brussels. In the European Union, cattle prices for slaughter are increasingly coming down from the lows they hit as a result of the Corona crisis.

According to the Commission, EU slaughterhouses had to pay more money on average for both male and female animals in the week ending 31 May. The revival in demand for beef in the out-of-home sector following the relaxation of corona requirements is likely to be a major reason for this. Young bulls in the R3 category, for example, earned an average of €348.81 per 100 kg carcass weight (cw) in the 27 member states; this was €3.13 or 0.9% more than in the previous week.

In Germany and Poland, prices rose by 2.7% each, in Luxembourg by as much as 4.5%. The increase was more moderate, ranging from 0.6% to 1.1% in France, Italy, the Netherlands and the Czech Republic. Prices in Belgium, Denmark and Spain remained unchanged. Deductions of between 0.3% and 0.9% were reported from Croatia, Slovenia and Sweden, with Lithuania and Slovakia each with 4.0% being the highest in Europe.

The average quotation for old cows in the O3 category increased quite significantly in the reporting period compared to the previous week by €5.17 or 2.0% to €265.64 per 100 kg cw. Above average surcharges of 4.9% in Germany and 4.5% in Poland contributed to this. In addition, the increase in Austria, Romania and the Czech Republic was between 2.5% and 3.%, while France was more restrained at 1.3%. Slaughter cow prices only held up well in Belgium and Denmark. In contrast, producers in Spain, Ireland and Italy had to accept discounts of between 0.5% and 0.9%.

Slaughter heifers in the R3 category were also sold more expensively in the EU during the week under review; the price paid rose by an average of €2.30 or 0.6% to €359.49 per 100 kg cw compared to the previous week. Here, too, German producers were among the winners with a surcharge of 2.8%, which was even slightly higher in Austria with 3.1%. In France and Denmark, slaughter heifers earned 1.0% more money each; in Belgium, the payment performance of slaughterhouses remained unchanged. Lower prices were reported from the Czech Republic, Croatia, Slovenia and Lithuania with deductions of between 1.5% and 2.4%.