Fewer pigs and cattle on the hook 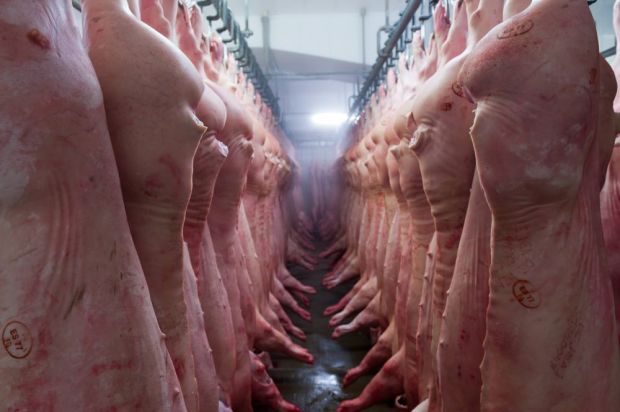 Due to the higher slaughter weights, Germany can maintain its top position in pork production just ahead of Spain.

LUXEMBOURG, Luxembourg. In Italy, Poland and Romania, significantly fewer pigs were slaughtered. Spain continues to grow against the trend.

In the European Union, pig production in the first half of 2020 has decreased compared to the same period of the previous year. According to data from the Statistical Office of the European Union (Eurostat), 125.20 mill. pigs were hooked in the 27 member states plus the United Kingdom in the notifiable slaughterhouses; this was a good 2 mill. animals or 1.6% less than in the period from January to June 2019. As in Germany, slaughter weights were mostly above the previous year's level, which is why pork production declined by only 0.8% to 11.78 mill. t. Contrary to this trend, Spain significantly expanded their production as stocks grew. Pig slaughtering there increased by a good 850,000 animals or 3.2% to 27.61 mill. units compared with the previous year.

This puts Spain well ahead of Germany, for which Eurostat reports a 1.5% drop in slaughterings to 26.78 mill. head in the first half of 2020. In terms of pork production, the Iberians, at 2.51 mill. t, were still behind Germany at just under 2.56 mill. t due to their lower slaughter weights. Slightly more pigs than in the previous year were also slaughtered in Denmark and Great Britain, while Italy showed a strong decline of 13.6% to 5.16 mill. pigs due to corona. The number of pigs processed in slaughterhouses was also above average in Poland with 7.6% and in Romania with 9.5%. 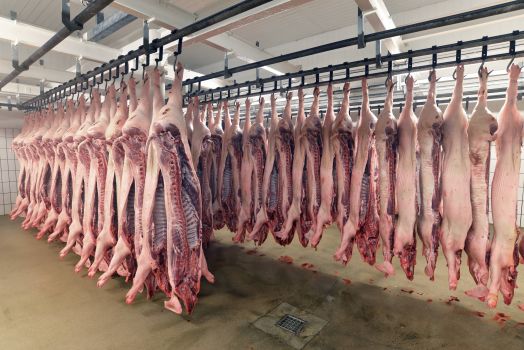 Plunge in April and May

According to the statisticians from Luxembourg, cattle slaughters in the EU-28 were down by 318,000 head or 2.5% to 12.54 mill. animals compared to the first half of 2019. At the same time, the volume of beef produced fell by 2% to just under 3.75 mill. t. While in the first quarter of 2020 beef production in EU slaughterhouses was still slightly above the previous year's level, it collapsed sharply at the height of the corona crisis in April and May. In June, there was then a significant increase in slaughter volumes again, as slaughter cattle surpluses were reduced.

With 2.21 mill. cattle, France cut the most cattle in the EU, although this was 2.1% less than in the first half of 2019. There was an above-average drop of around 8% in Belgium and Denmark, only exceeded by decreases of 16.9% and 44.4% respectively in Slovakia and Romania. However, statistical inadequacies in the still provisional data may also play a role in these strong downward swings. In contrast, smaller producing countries such as Sweden, Slovenia, Estonia or Greece reported increases in cattle slaughter of between 0.8 and 2.8%. The strongest increase compared with the first six months of 2019 was in Portugal, where beef production rose by 6.1% to 187,000 slaughters, resulting in a 7% increase in beef production there to 46,760 t.