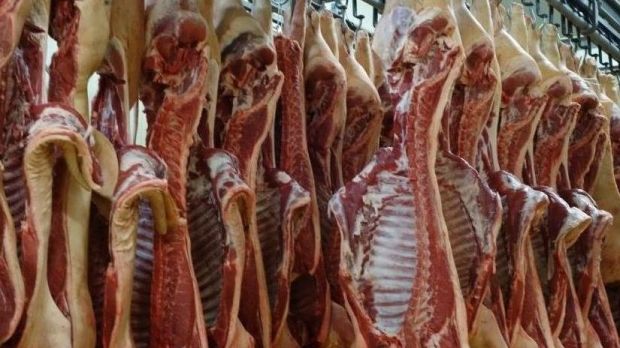 In Germany there is a lack of capacity for cutting.

GERMANY, Bonn. At the turn of the month, the German market for slaughter pigs had more than ample supplies of live pigs available - measured by the restrained demand.

According to analysts, the pressure of supply has recently increased rather than decreased, as more and heavier pigs are seasonally available for marketing, but the slaughtering and cutting capacities can still not be fully utilized due to corona-related hygiene requirements and staff shortages.

The Association of Livestock and Meat Producer Groups (VEZG) nevertheless kept its leading quotation for slaughter pigs stable at the comparatively low level of €1.27 per kg carcass weight (cw), as the slaughterhouses refrained from applying additional price pressure. However, some companies will no longer pay surcharges on the VEZG quotation.

Domestic demand for meat was stable according to experts; however, the marketing of offal continued to cause great difficulties after the loss of third country markets due to ASF. The Danish meat company Danish Crown reported that the market for boneless and ready-to-sell products was stable due to the scarce cutting capacities, but that the prices for whole pieces for boning came under pressure due to the larger supply. In addition, the market was more volatile than usual. Due to good business with Asia, DC was able to keep its purchase price for slaughter pigs stable at the equivalent of €1.38 per kg cw.

According to the Verband landwirtschaftlicher Veredlungsproduzenten (VLV), supply and demand on the pig market in Austria remained balanced at a high level, resulting in an unchanged slaughter pig quotation of €1.50 per kg cw. Slight delays in the sale of animals ready for slaughter occurred only regionally in Upper Austria, where the lack of manpower due to corona had reduced the slaughter activities of two slaughterhouses.

Market observers in France and Spain, for example, reported that cheap pork from Germany was reaching these markets, but that the quantities were still limited. In Spain, this hardly led to any pressure, as exports to Asia continued to perform well, even if, according to Mercolleida, business in China has recently weakened somewhat due to the autumn festival. With a seasonal increase in the supply of pigs, the Spanish price remained unchanged at €1.296 per kg live weight (lw).

In France, however, sales of slaughter pigs were more difficult than recently. The quotation on the Marché du Porc Breton (MPB) fell by ct0.7 to €1.372 per kg cw; a good 1,600 pigs remained unsold at the auction. In Belgium, the marketing of the numerous slaughter pigs available continued to be difficult due to insufficient sales possibilities abroad; in some cases the slaughterers paid house prices at the end of September. This week there are price reductions of between two and four cents per kg lw. In Italy, meanwhile, the price rally seems to be coming to an end; the quotation for slaughter pigs there was no longer able to increase and remained largely stable at the previous week's level, also due to falling prices for grilled meat and processed products.

During the week ending 27 September, the price decline for slaughter pigs in the EU had already weakened again after the previous ASP turbulences. According to Commission information, animals of the E class were invoiced at €141.64 per 100 kg cw on average in the 27 member states; this was €0.97 or 0.7% less than in the previous week. However, there was a gap of a good €40 per 100 kg or 22% compared to the same price in the previous year. In the period under review, slaughter pig prices fell by an above-average 3.2% to 3.6% in Poland, Bulgaria and Belgium.

Producers in Belgium and Slovenia suffered even heavier losses of around four percent each. In Denmark and Austria there were reductions of 1.6% and 1.2%, respectively. In contrast, slaughter pig prices in Germany stabilized at a lower level after the previous declines, and the prices for animals ready for slaughter were also unchanged in Spain, Portugal and Romania.

Contrary to the negative EU trend, the fatteners in France and Hungary were pleased to receive surcharges of 0.7% each. In Italy, the upward trend in prices for slaughter pigs continued at the end of September; producers received 2.0% more money for their animals.