Poland takes the pressure off 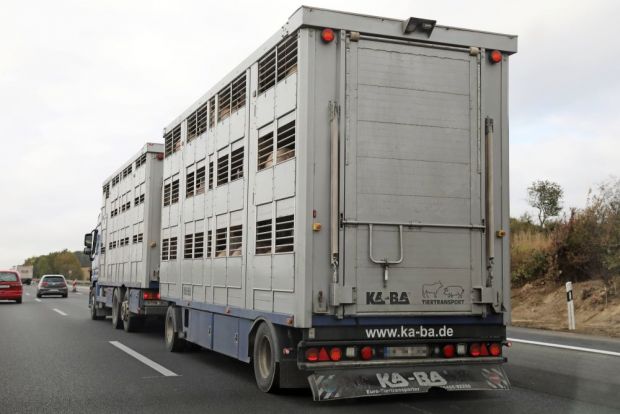 Good demand in Poland has led to an increase in live exports from Germany and Belgium.

According to market observers, there is still a surplus of ready-for-slaughter pigs in Germany, at least in the north, while the situation in the south has largely returned to normal. The Tönnies slaughterhouse in Rheda-Wiedenbrück has been able to further increase its capacity utilisation, which, according to observers, has helped to ease the situation, as has the undersupply of slaughter pigs in Poland. Against this background, the Association of Livestock and Meat Producer Groups (VEZG) left its slaughter pig quotation at the level of €1.47 per kg carcass weight (cw) for the third time in succession.

In Austria, the quotation of the Verband landwirtschaftlicher Veredelungsproduzenten (VLV) also moved sideways and was fixed at the previous week's level of €1.53 per kg cw, even though, according to the association, the below-average supply was just sufficient to meet the demand of the slaughterhouses. The meat industry was not dissatisfied with the domestic business, in export and in the domestic meat industry, international price dumping did not leave any room for improvement. According to the VLV, however, pig buyers are refusing to increase prices, citing the existing difference to Germany.

The quotations in France at the Marché du Porc Breton and the Spanish Mercolleida also remained unchanged. Balanced markets were reported from both countries. The Danish slaughterhouse Danish Crown also left its price unchanged, while the Belgian Danis Group increased its purchase price by two cents to €0.96 per kg live weight (lw). According to market participants, Polish customers' demand for slaughter pigs has also been felt in Belgium. In Italy, fatteners were also pleased to see a further recovery in prices, which at 3.7 cents were also slightly stronger than in Belgium.

In the week ending 26 July, EU slaughter pig prices had been on a slightly more favourable trend. According to information from the EU Commission, the average price paid by the reporting Member States for animals in category E was €149.90 per 100 kg cw; this corresponded to an increase of €1.67 or 1.1% over the previous week. However, the level of the same month of the previous year was still undercut by €23.16. In Belgium, the price fell by 1.6% in the reporting week, in Spain by 1.4%. In Denmark, the minus amounted to 0.7% and in Germany the discount was noticeably weaker at 0.1%. While the price in France and the Netherlands moved sideways, fatteners in Austria could be pleased about a plus of 0.8%. Prices rose even more strongly in Italy, where the increase amounted to 1.8%.