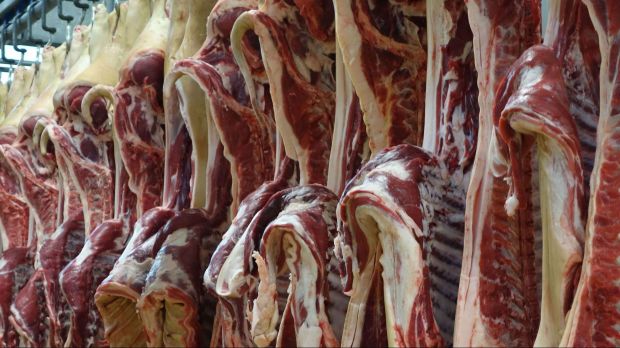 GERMANY, Bonn. Further price falls in Southern Europe and Danish Crown is increasing the purchase price. The supply of live animals on the EU slaughter and meat markets remains high.

The German slaughter pig market continued to be characterised by an oversupply of ready for slaughter pigs at the beginning of December. At the slaughtering stage, corona infections of employees once again caused problems, which occurred in districts with generally high incidence rates. At the Vion plant in Vilshofen, production had to be interrupted for a few days; it restarted on 1 December with reduced capacity. At Tönnies in Weißenfels, a total of 172 confirmed cases of corona had been detected by 2 December, but production was able to continue with even more intensive preventive measures.

Despite these adversities, market observers say that the pig congestion has not increased further due to a slight increase in slaughterings. As a result, the Association of Livestock and Meat Producer Groups (VEZG) was able to keep its quotation stable last Wednesday at €1.19 per kilogram carcass weight (sw). According to analysts, most of the meat market was sold at stable but relatively low prices. The retail trade ordered the typical seasonal cuts quite extensively, whereas the processed goods found it more difficult to find buyers.

In Austria there were also more than enough pigs available. According to the Verband landwirtschaftlicher Veredlungsproduzenten (VLV), there were delays in acceptance of between one and two days, although slaughtering reached an annual high of around 105,000 units. The national key quotation also remained stable at €1.32 per kilo SG. In Belgium, too, the price decline seems to have come to a standstill at a very low level; the purchase prices for animals ready for slaughter remained unchanged, but were clearly below the 80 cents per kilo live weight (lw) mark in the base price.

In Denmark last week there was good news that all slaughterhouses are now allowed to export to China again. "This opens up the possibility of optimising planning and makes the processes in the plants easier," explained Danish Crown's sales manager, Lars Albertsen. There is excellent demand in China and many other Asian countries, so everything is being done to increase deliveries there. DC has also made further progress in reducing the number of pigs in the pen, which is also reflected in lower slaughter weights. DC is the only major meat company in Europe to raise its purchase price for pigs by the equivalent of 2.7 cents to €1.28 per kilo sw.

In France, the discount of 1.3 cents to €1.205 per kilo sw on the Marché du Porc Breton was lower than in previous weeks. However, the national pig producers' federation (FNP) pointed out that production costs were over €1.50 per kg. It criticised that the downstream stages did not make sufficient use of the opportunities in third country exports to Asia, which had increased at a below average rate compared to other EU countries.

In Italy, the decline in the quotation for slaughter pigs continued with a minus of three cents per kilo lw, but it was also lower than before. Contributing to this was a fall in slaughter weights of around 600 g over the past two weeks, and a somewhat surprising rise in the retail price of chops of between 10 cents and 15 cents per kilo. According to analysts, this has improved the slaughterers' margins, which has taken some pressure off the quotation.

In Spain, another slaughter record was achieved last week, according to the Mercolleida. This was also necessary, it said, because producers were delivering more in the face of steadily falling prices and the supply of live animals was very large. In addition, a bank holiday was due on 8 December, which reduced slaughter activity, although some farms continued to produce. All market operators are keen to clear the market before the Christmas holidays, especially as Chinese exports will also take the classic winter break in the near future. The quotation on the Mercolleida fell on 3 December by two cents to €1.106 per kilo lw, only half as much as in the three weeks before. According to the Mercolleida, however, the negative trend - with a break during the Christmas period - is likely to continue into January.

In the week ending 29 November, prices on the EU market for slaughter pigs had fallen sharply. The average price for E €129.79 per 100 kg sw across the 27 Member States was €4.02 or 3% less than the week before. The negative price gap to the comparable level of the previous year has increased to 32%; most recently, slaughter pig prices in the Community in April 2016 had been as low as now.

During the reference week, the largest price reduction for producers was reported from Belgium with 8.9%.  Slaughterhouses in the Netherlands, Czech Republic, Poland, Luxembourg and Austria cut their payments in a range of four to 4.4%. Slaughter pig prices fell by around three percent in Germany, Denmark, Spain and Portugal. In France, fatteners received 2.1% less money for their animals. Only slaughterhouses in the Scandinavian countries Finland and Sweden escaped the EU-wide negative trend, where prices held up well with surcharges of up to 0.5%. For Romania, a plus of 2.9% was even reported.