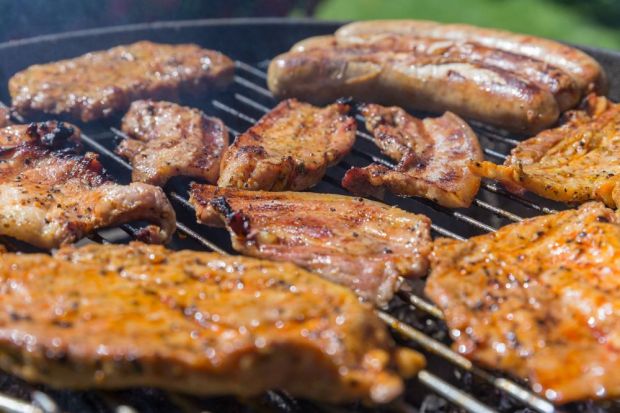 The demand for barbecue products stimulates the meat business.

GERMANY, Bonn. Exceptional slaughters on Corpus Christi do not leave any overhangs on the German slaughter pig market. In Italy, the quotation rises for the first time since the beginning of March.

According to analysts, the slaughter pig market in Germany and also in many other countries of the European Union was in balance during Corpus Christi week. As expected, the German Association of Livestock and Meat Producer Groups (VEZG) left its leading quotation for slaughter pigs unchanged at €1.66 per kg carcass weight (cw). According to analysts, the focus on the meat market was primarily on barbecue products; the previously sluggish ham sales were better again. Meat marketers were unable to achieve significantly higher sales prices.

The Danish meat company Danish Crown reported that demand on the EU internal market was slowly normalising after the Corona crisis, but that sales volumes were still below the level of previous years. As far as third countries are concerned, there are good sales to Japan, while Chinese buyers are still holding back. The purchase price for slaughter pigs at Danish Crown remained stable at the equivalent of €1.49 per kg cw. The Austrian pig farmers were also able to market their animals at unchanged conditions; the German Association of Agricultural Refinement Producers (VLV) did not change its leading price of €1.63 per kg cw. Despite a shortened slaughter week, all animals found their way to the slaughterhouse, according to VLV.

The current slaughter pig quotations remained stable with balanced conditions on the live market also in Belgium, the Netherlands and France. In Italy, the leading quotation after the crash during the Corona crisis of €0.57 per kg live weight (lw) or 38.2% was able to regain its footing for the first time since the beginning of March, but only by €0.05 per kg lw. The demand for meat is picking up again after the relaxation of corona requirements, experts there reported.

In Spain, the usual seasonal rise in slaughter pig prices continued, with the relevant quotation on the Mercolleida rising by €0.015 last Thursday to €1.303 per kg lw. This was made possible by a seasonal decline in the supply of live pigs and a decrease in slaughter weights. A stronger increase was prevented by the lively but not yet normal demand due to a lack of tourists. In addition, the Mercolleida reported that meat prices had hardly risen in sales.

In Spain and also in the EU average, slaughter pig prices had already trended somewhat firmer in the week ending 7 June. The average EU price for E-class animals was €163.54 per 100 kg cw, which was €0.63 or 0.4% more than in the previous week. A price jump in Belgium of 7.5% contributed to this, as did the above-average increase in the prices paid in Slovakia by 3.7%, in Lithuania by 3.1% and in Romania by 2.2%. In addition, fatteners in Germany, Spain, the Netherlands and Austria received between 0.5% and 1.5% more money for their animals. The quotations in France and Bulgaria remained unchanged. On the other hand, Italian producers had to accept a further deduction of 0.9% in the reporting week. Slaughter pig prices also tended to be weaker in Greece, Ireland and Denmark, with reductions of just over 1% each. The sharpest decline was reported from Estonia with 5.7%.