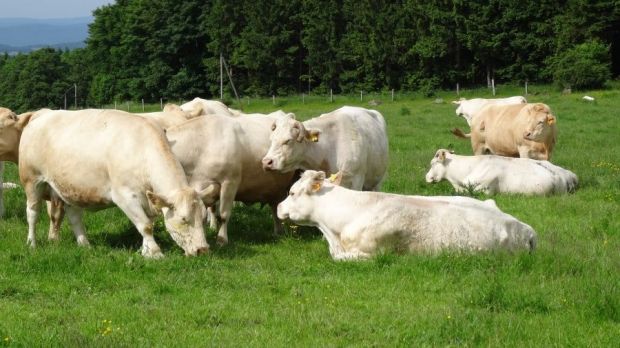 Young bulls and old cows were paid more expensively in the EU, while prices for heifers softened.

BELGIUM, Brussels. Cattle prices for slaughter in the European Union have continued their rise.

In the week ending 28 February, young bulls of commercial grade R3 traded for €373.84 per 100 kg carcass weight (cw) on average in the reporting member states, according to the EU Commission; compared to the previous week, this corresponded to an increase of 0.3%. Quotations were very firm in Italy, with a 14.0% premium. Prices in Denmark were also firm, gaining 2.6%; in Spain, the gain was 1.0%. In Ireland and France, R3 bulls each traded 0.5% more expensive than the previous week. Premiums of between 0.3% and 0.1% were recorded in the Netherlands, Austria and Germany. While the price in Belgium moved sideways, Polish fatteners had to accept a discount of 1.3%.

The price for old cows in the Community rose somewhat more strongly than for bulls: according to the Commission, animals in trade class O3 fetched an average of €283.90 per 100 kg cw, 0.6% more than in the previous week. In the member states, there were in part noticeable markups. In Denmark, the increase amounted to 3.4%, in the Netherlands to 2.2%. In Germany, O3 cows traded 1.5% above the previous week's price level, and in Belgium, 1.3%. Quotations in France, Austria and Italy were also friendly, rising between 0.7% and 0.6%, while the increase was noticeably weaker in Ireland at 0.1%. In Poland and Spain, prices for old cows fell, with discounts of 1.4% and 1.9%, respectively.

According to the EU Commission, the weighted average price paid for heifers of commercial class R3 in the EU during the reporting week was €379.07 per 100 kg cw, an increase of 0.2%. In Denmark, prices rose by 2.1%; the increase was lower in Spain at 1.5%. In the Netherlands, R3 heifers fetched 0.9% more than the previous week; in France, Germany and Ireland, prices were also friendlier, rising between 0.5% and 0.1%. In Belgium, however, prices fell by 0.2%, and in Poland by 0.4%. The decline in Austria was somewhat more pronounced at 0.7%, while prices in Italy were very weak, falling by 8%.