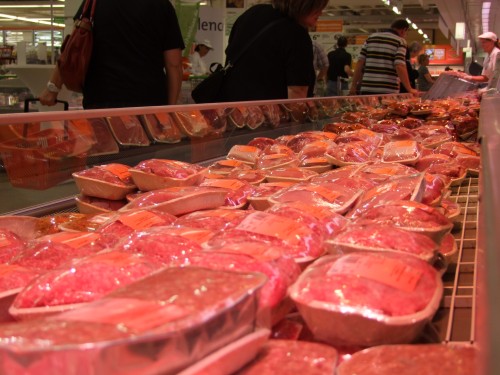 Beef and poultry production in the European Union (EU) has been growing steadily this year, putting the sectors on track for further growth in 2015, said a new European Commission (EC) report.

The EC's directorate-general for agriculture and rural development said the EU beef sector had seen impressive growth after a two-year slump, with beef and veal production likely to increase by more than 134,000 t by 31 December to 7.6 mill. t for all of 2014, compared to 2013. Average slaughtering numbers are projected to have increased 1.4% compared to 2013. The report forecast a further 2.6% increase in EU beef production in 2015.

The abolition of the dairy quota System and the resulting surge in dairy cow numbers is the main driver behind the increase in beef production, the report concluded. Two thirds of beef meat comes from the dairy herd, the report noted, and some dairy cows might be culled earlier than expected this year because of dropping milk prices.

Increased demand for beef exports this year is also driving growth, as volumes shipped outside of the EU have increased by more than 30%. However, the increase for the whole of 2014 is
expected to average out at 8% due to recent Russian sanctions.

Poultry meat production has also experienced growth, with production up by 1.9% compared to 2013 to 13 mill. t. The report cited lower feed prices, steady demand, and reduced pork availability for boosting output, and expected continued expansion for the rest of 2014 and 2015.

However, the report noted that the recovery expected in beef and pork production in 2015 could limit poultry meat expansion next year to 0.7%. Export numbers for this year were also expected to decline for the second year in a row, due to the closed Russian market and declines in demand from Saudi Arabia, Ukraine, Yemen and Ghana.

Pork was the one sector facing problems, with the report expecting a further production contraction of 0.5% for all of 2014 compared to 2013 - falling to 22.2 mill. t. This is partly due to Export bans prompted by the African swine fever outbreaks in January, compounding declining production caused by new 2012 EU welfare standards that decreased the number of breeding sows and piglets.

But, the report notes that lower feed prices should allow the sector to achieve a 0.8% production recovery in 2015, and that strong export demand from Asia and Brazil will bolster the industry.
Source: The European Commission (EC)