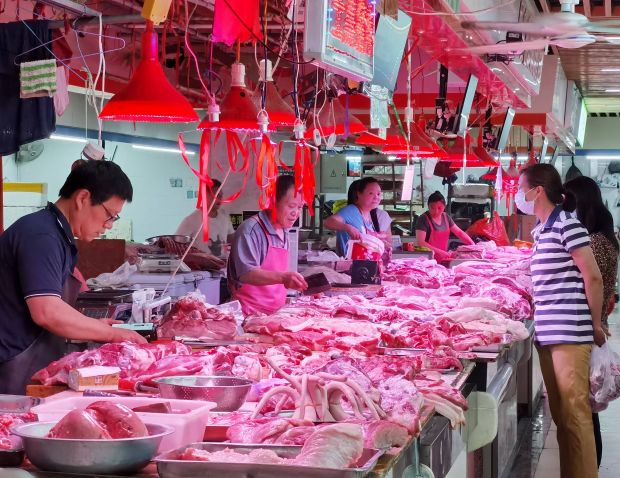 fleischwirtschaft.com — UNITED KINGDOM, London. Continuing a strong start to 2020, EU fresh/frozen pork exports were up on the year again in May. Excluding shipments to the UK, which are still affected by a data-reporting problem, shipments were 31% higher than in May 2019 at 271,000 t.
Facebook
Twitter

The main reason for the ongoing export strength is continuing demand from the Chinese market. Shipments were 117% higher in the first quarter of the year, and were subsequently up by 128% in April and 107% in May. These increases have been achieved despite logistical difficulties and increasing competition from other global exporters. China has been keen to import more pork to help stabilise local prices, with supplies still very short due to African Swine Fever curtailing domestic production.

Conversely, shipments to Japan and South Korea were lower again in May, influenced by a mix of competition on the global markets and lower demand. Offal exports from the EU in May were more similar to the year earlier. Excluding the UK, shipments were up just 1% year on year to 108,000 t.

Increased volumes to the main market, China (+15% year-on-year), supported overall volumes. However, shipments to the Philippines were subdued, at only a quarter of last year’s level. This meant market share fell from 7% last year to just 2% this year. Trade with South Korea also fell, following the trend for fresh/frozen pork.