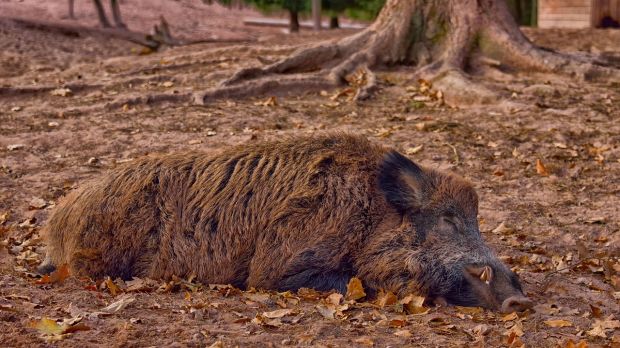 ITALY, Parma. EFSA has published an update on the epidemiological situation of African swine fever (ASF) in Europe.

In the latest report, experts assess the effectiveness of different measures that can be taken when a case of ASF is detected in an area that was previously disease-free and is far from affected areas.

Using a simulation model, they concluded that early detection coupled with the application of measures such as quick removal of carcasses and intensive hunting in the specially designated hunting areas increases the probability of eradication. They also observed seasonal peaks in the numbers of animals that tested positive and were found dead – summer and winter for wild boar and summer for domestic pigs.

The report calls for more research to understand the causes of the introduction of ASF in pig holdings and how this can be prevented. It also recommends control options for different scenarios such as in non-affected areas close to or far away from affected areas or where the disease has been present for more than one year.

This update on the African swine fever (ASF) outbreaks in the EU demonstrated that out of all tested wild boar found dead, the proportion of positive samples peaked in winter and summer. For domestic pigs only, a summer peak was evident. Despite the existence of several plausible factors that could result in the observed seasonality, there is no evidence to prove causality.

Wild boar density was the most influential risk factor for the occurrence of ASF in wild boar. In the vast majority of introductions in domestic pig holdings, direct contact with infected domestic pigs or wild boar was excluded as the route of introduction. The implementation of emergency measures in the wild boar management zones following a focal ASF introduction was evaluated. As a sole control strategy, intensive hunting around the buffer area might not always be sufficient to eradicate ASF.

African swine fever (ASF) infection is circulating in Eurasia since a decade within wild boar populations without a demonstrated vector host. Further the infection was recurrently translocated by spatio‐temporal dynamics that is incompatible with wild boar movement characteristics. Management actions are required in areas affected by ASF. Control measures address areas with recent focal introduction and areas with ASF circulating several seasons or endemic occurrence.

In view of acknowledged gaps in understanding ecology and epidemiology of ASF in Eurasian wild boar, mechanistic modelling was applied. A comparative assessment of alternative control efforts in the focal situations was performed, considering pre‐emptive hunting, carcass detection and removal as well as fencing of selected zones. The individual‐based model was applied to test whether inclusion of natural barriers would affect the similarity with ADNS notification data when simulating the landscape scale spread in the Baltics and Poland. The tendency of barriers to improve the explicit space‐time predictions of the model could not be proven, more research is needed here.

The comparative assessment revealed that in the focal scenario the increasing removal of carcasses will provide the greatest return on investment (given carcasses being involved in the transmission). Culling of the inner zones, usually with ASF detections, should be organised early if biosecurity standards could be guaranteed. Preventive hunting around the zones affected by ASF was an inevitable measure to cope with the risk of undetected release of the infection, although the measure alone was unable to terminate the spread. Fences assumed not wild boar proof contributed only marginally to the success but may act as demarcation of management zones in practice. The focal approach appears useful and practical to address ASF after local introductions.